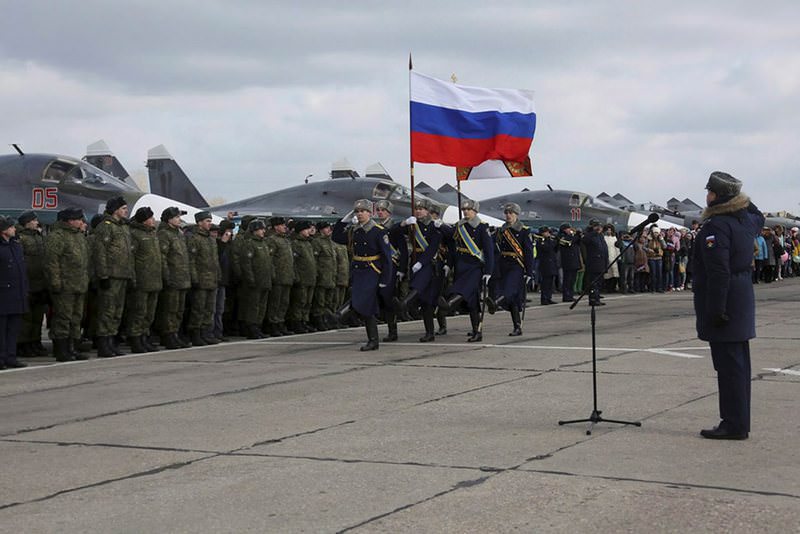 A Syrian Turkmen commander said on Thursday that Russian forces' retreat from Syria is a triumph for them.

Mahmut Zengin, a commander from Syria Turkmen Front made the remarks during a visit to a NGO named HIMYAC in Turkey's southeastern province of Malatya.

"Russia thought it would eliminate the Turkmen nation and free army by coming with enormous weapons in two days. On the contrary it could not do anything, it lost."

"Russia's withdrawal is a great victory for us. Hopefully both Iran and Hezbollah will retreat soon as well. They cannot take away anything from people. The right belongs to the owner of the place. We are the citizens of that place. Nobody can take away our right by force."

Zengin added: "The moment Syrian people are left alone is the moment peace would come. If Hezbollah militants stay with us peace will not come. Whenever they retreat, peace will come."

Russian President Vladimir Putin announced on Monday that Russia was to start withdrawing "most" of its forces from Syria.

Russia launched its military intervention in Syria in late September last year supposedly after a formal request by the Assad regime for military help.

Since then, it has been staging airstrikes against positions held by Assad's opponents.

The U.S. and Turkey reject Russia's presence in Syria on the grounds that Russian airstrikes killed mostly civilians.