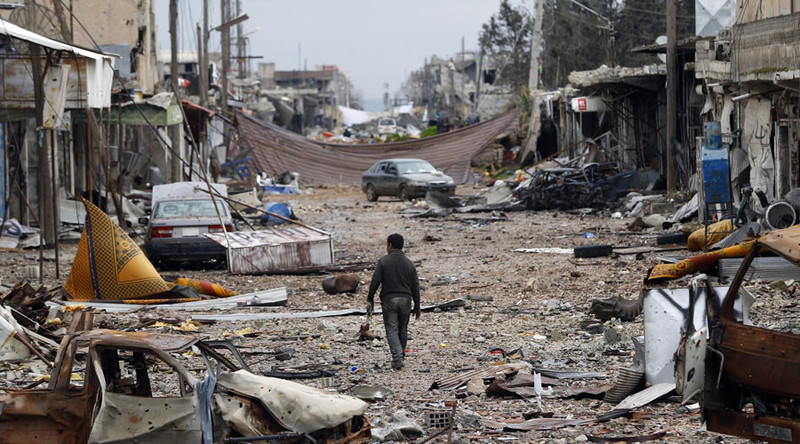 A man walks in a street with abandoned vehicles and damaged buildings in the northern Syrian town of Kobani. (REUTERS Photo)
by Mar 17, 2016 12:00 am

Aid convoys were on their way to four Syrian towns on Thursday but the regime was still refusing aid to six besieged towns and blocking the provision of medical care to needy people, needed it, U.N. humanitarian advisor Jan Egeland said.

"We need [the regime of Syria really to help us in the medical area. Why not get in the nutritional stuff, vitamins and antibiotics, and doctors and nurses to these places? I hope there would be a real breakthrough on this in our contacts [with the regime]" he told reporters.

"It is a violation of international law to prevent us from going," he said. "I cannot understand why we cannot go there. Even wounded fighters have a right to be treated under international law."

Egeland, speaking after hosting a regular meeting of countries involved in the Syrian peace process, said many innocent civilians were still in detention, including children. He called on the United States, Russia and other countries to help get them released. 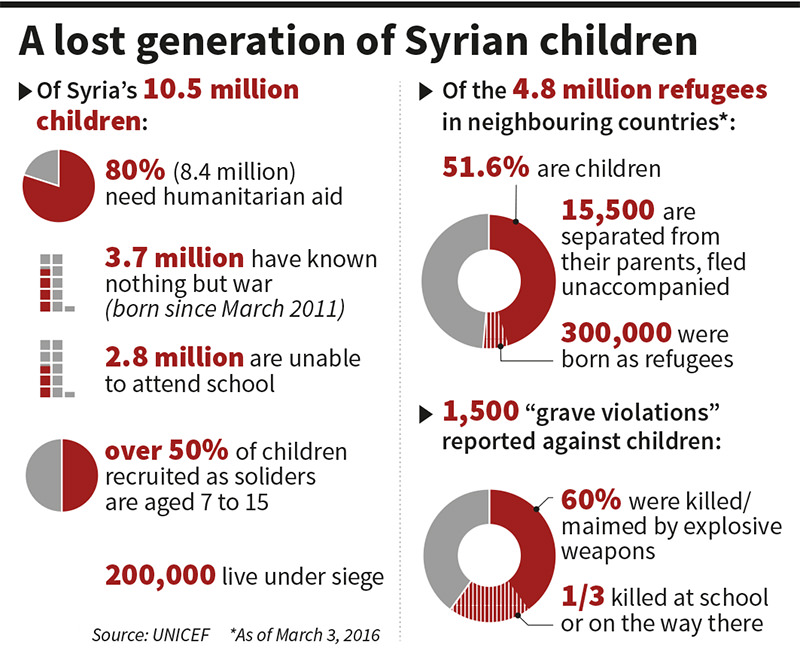 Egeland said aid was being delievered to the towns of Zabadani, Foua, Kufreya and Madaya on Thursday after two delays in the last week because of fighting.

The Syrian regime needed to give an answer within seven days on permission for convoys to go to six more areas, which its forces are still besieging almost three weeks into a truce, Egeland said, in hope of reaching 1.1 million people by the end of April and vaccinating all unvaccinated Syrian children.

The United Nations also wants to drop aid into the town of Deir al-Zor, which is under siege by Daesh, after a failed previous attempt.

The plane has to fly fast and high to avoid the threat of surface-to-air missiles, Egeland said, and better parachutes would hopefully enable the aid palettes to withstand the shock.

Gareth Bayley, Britain's special representative for Syria, said the humanitarian taskforce and a similar ceasefire taskforce, both composed of major and regional powers, had made "slow progress but progress nonetheless".

"Today we have a glimmer of hope, a slightest hope," Bayley told the Swiss Press Club in Geneva.