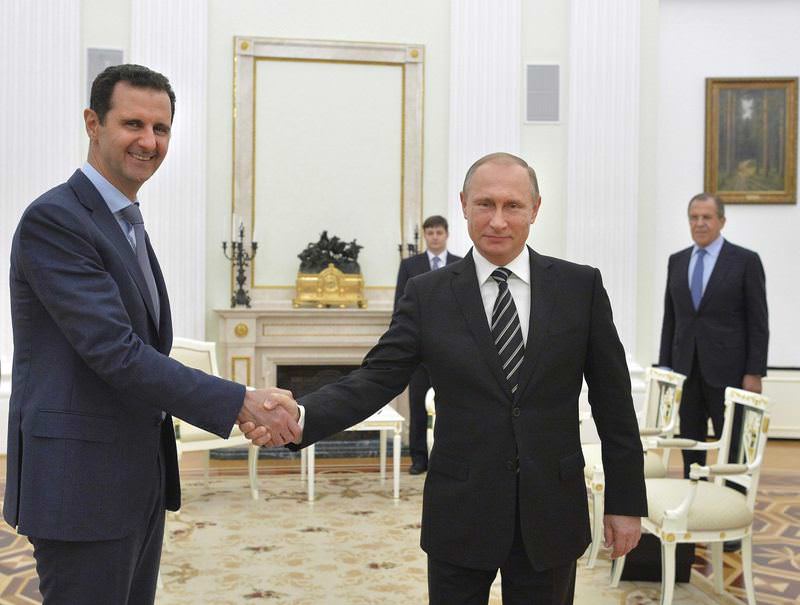 The future of Syria's Bashar Assad will play no part in talks to end the Syrian war, the head of the Syrian government's delegation said, leading the U.N. peace envoy to warn that lack of progress on the issue could threaten a fragile cessation of hostilities. Syrian envoy to the U.N. Bashar Jaafari said Assad's future had "nothing to do" with the negotiations, which entered their second week on Monday, insisting that counterterrorism efforts remained the priority for the government. "The [terms of] reference of our talks do not give any indication whatsoever with regard to the issue of the president of the Syrian Arab Republic," he said when asked about the willingness of the government delegation to engage in serious talks on political transition. "This is something already excluded."

Assad's future has been a key obstacle in the latest talks aimed at ending Syria's devastating five-year civil war, which has killed more than 270,000 people and displaced millions. Syria's main opposition said Tuesday it would not be deterred by Damascus's refusal to discuss Assad's position. Hisham Marwa, who serves as a consultant in the High Negotiations Committee (HNC) opposition umbrella group delegation taking part in the U.N.-brokered talks, told Agence France-Presse (AFP) the regime position "will not affect our decision to be engaged in a political process and to show a higher degree of responsibility and patience." He also said, however, that Damascus was committed to the peace process, and that his delegation had "clear instructions from our leadership to engage seriously in these talks." "The government delegation continues to avoid discussing deadlines and is simply trying to get a rise out of the opposition," Marwa said, reiterating the HNC position that any discussion of leaving Assad in power is "absolutely unacceptable."

"A political transition means creating a new authority … including the powers of the presidency," he said. Another member of the HNC, Yahya Kodmani, on Sunday accused the regime of being obstinate. "We hope that Russia will use its powers to pressure the Assad regime in order to move into serious negotiations," he said.

A partial cease-fire brought in last month had raised hopes for an end to the violence, which was further fueled when Russia, a key backer of the regime, ann

ounced last week it would withdraw most of its troops from Syria. But tensions have flared since, with Moscow accusing the U.S. of unacceptable delays in agreeing on how to punish those who break the cease-fire and warning it could resort to force against violators. Russian Lieutenant General Sergei Rudskoy said: "The delay in the entry into force of the rules agreed upon for responding to violations of the cease-fire in Syria is unacceptable." Moscow would only use force "after receiving credible evidence of armed groups' systematic violations" of the truce, he added.

Despite the cease-fire some 530 people were killed in its first 23 days in Syria in areas covered by the cessation of hostilities agreement, the Syrian Observatory for Human Rights said on Tuesday. In areas not covered by the cease-fire, which came into force on Feb. 27, 1,279 people have been killed, the British-based group said.

In March 2011 Syrians were emboldened enough to raise their voice against Assad's dictatorship. The regime's response, however, was not as peaceful as the protests and the country was subsequently dragged into a civil war after opposition groups took up arms against the government. The Syrian civil war has now entered its fifth year and has caused the deaths of more than 200,000 people with at least 60,000 missing. The war has also displaced nearly 10 million people. While international and regional powers continue endless discussions, it has been reported that the Syrian regime continues to use chemical weapons. About 13.6 million people, equivalent to the population of London, have been displaced by conflicts in Syria and Iraq, many without food or shelter, the U.N. refugee agency has said. The 13.6 million include 7.2 million displaced in Syria – an increase from a long-held U.N. estimate of 6.5 million – as well as 3.3 million Syrian refugees abroad, 1.9 million displaced in Iraq and 190,000 who have left to seek safety. The vast majority of Syrian refugees have fled to Lebanon, Jordan, Iraq and Turkey. Western countries have been frequently criticized by aid agencies and the U.N. for not opening their borders to Syrian refugees, as the most developed countries have received the least number of refugees.