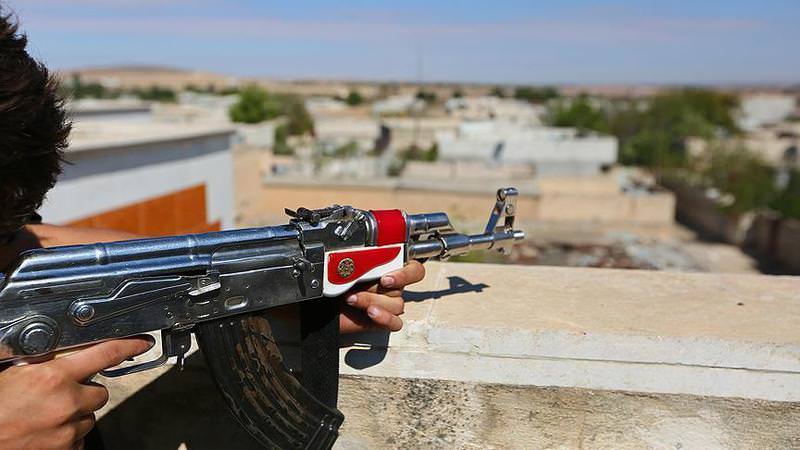 The United States could lose its Syrian Arab allies against Daesh if it continues to back the terrorist PYD/YPG group, which has carried out ethnic cleansing in northern Syria, a senior analyst said Tuesday.

Saying that Syrian Arabs do not trust the PKK-affiliated terrorist group PYD/YPG since it committed ethnic cleansing when it seized areas from Daesh in northern Syria more than a year ago, Soner Çağaptay from the Washington Institute said.

They [the PYD] cleansed a [former] majority-Arab area that's in between the two regions of Kobani and Hasakah in the east, and Tel Abyad [in the west]," he said.

"That ethnic cleansing of Arabs [...] is the reason why Arabs have little faith that this can work with the PYD."

Çağaptay stressed that the PYD could help the U.S. against Daesh but only to a limited extent for this reason.

"Ultimately we need Syrian Arabs to go against" Daesh, he added.

However, Cagaptay noted a difference between the U.S. approach and the Syrian Arab opposition in the region.

The Syrian Arabs are focused on politically transforming Syria without Bashar Assad, whereas the U.S. is currently following a counter-Daesh policy, according to him. The PYD, on the other hand, is colluding with the Assad regime while expanding its territory in northern Syria.

Çağaptay also said if the PYD expanded west of the Euphrates River and conducted further ethnic cleansing in those areas, this would not only bring actors like Turkey closer into conflict with the PYD, but also cause tension between Syrian Arabs and the U.S., as several ethnic groups live in the area.

The London-based Syrian Network for Human Rights has documented several ethnic cleansing massacres -- three in al-Hasakah alone -- which were committed by PYD forces in towns mostly inhibited by Syrian Arabs.

The U.S. considers the the PKK-affiliate PYD a "reliable partner" on the ground against Daesh.

The PKK -- which is also listed as a terrorist organization by the U.S. and the EU -- has martyred more than 300 members of Turkish security forces since last July, when it resumed its 30-year armed campaign.

Çağatay also stressed that the PYD and the PKK are linked and share the same ideology and commitments, and even share ranking terrorists and leadership between each other.

A former U.S. ambassador to Turkey, James Jeffrey, said that the PYD has to find a way to work with not only the Syrian Democratic Forces (SPD) but also the Syrian Arab communities in northern Syria.

The SDF is an alliance of Arab, Assyrian, Armenian, Kurdish, and Turkmen militias to fight against Daesh and Assad.

Another expert from Washington Institute, David Pollock, said the PYD is still an effective partner on the ground against Daesh, adding, however, that it would be "tragic" for Turkey and other U.S. allies in the region if the PYD and Russia grew closer.