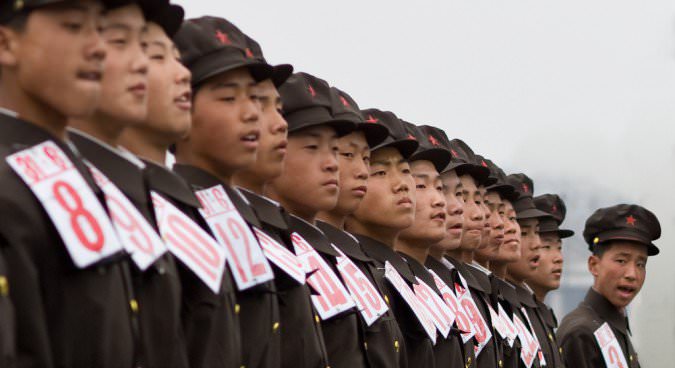 The head of Syria's High Negotiations Committee (HNC) stated on Tuesday that two militia units from North Korea are fighting for the Bashar Assad regime in Syria.

"Two North Korean units are there, which are Chalma-1 and Chalma-7," the head of HNC delegation to the Geneva talks Asaad az-Zoubi said, according to Russia's TASS news agency.

According to az-Zoubi, several Iranian and Afghani nationals are also supporting the regime troops, saying they are "pilgrims."

A second round of talks in Geneva aim to end a war that has seen at least 250,000 Syrians killed and more than 11 million displaced, led to the rise of Daesh and sparked a refugee crisis.

Later, the U.S. and Russia agreed on a "cessation of hostilities" deal that saw a dramatic reduction in fighting.

Meanwhile, Russia has been conducting air raids in Syria since Sept. 30. Moscow recently began drawing down its military presence in Syria after President Vladimir Putin ordered a partial pullout of Russian aircraft and forces in support of indirect peace talks in Geneva.

The fifth-year-long Syrian civil war has caused the deaths of more than 200,000 people with at least 60,000 missing.

The war has also displaced nearly 10 million people. About 13.6 million people, equivalent to the population of London, have been displaced by conflicts in Syria and Iraq, many without food or shelter, the U.N. refugee agency revealed.

The 13.6 million include 7.2 million displaced within Syria, an increase from a long-held U.N. estimate of 6.5 million, as well as 3.3 million Syrian refugees abroad, 1.9 million displaced in Iraq and 190,000 who have left to seek safety.