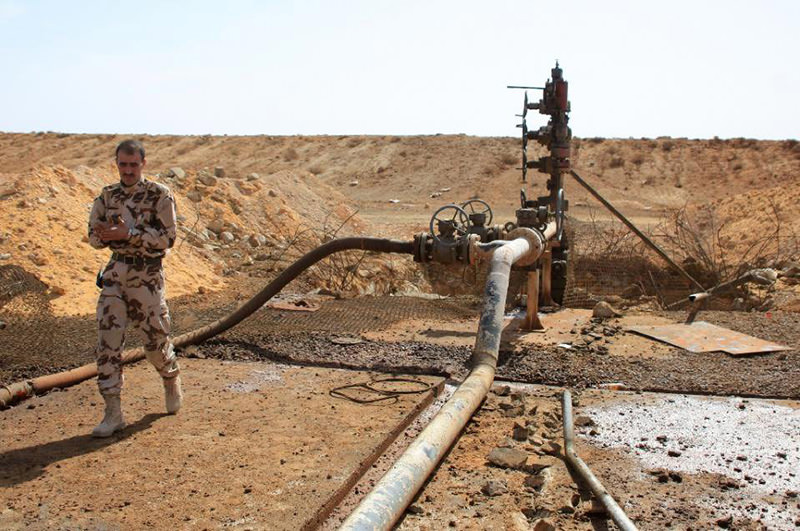 Despite having been targeted by the U.S. military for the past year and a half year and by Russia for the past five months, the Daesh terrorist group remains in control of much of Syria's energy resources.

Airstrikes by the U.S.-led international coalition have targeted Daesh positions in Syria since late 2014.

Meanwhile, the U.S. considers the PKK terror organization's Syrian wing the PYD as its most important ally, providing air support to the group's ground offensives against Daesh.

Since last October, Russia, which has intervened in Syria on the pretext of fighting Daesh, has targeted moderate opposition groups, along with a handful of Daesh targets.

Russian air cover, meanwhile, played a vital role in the recent recapture of the city of Palmyra by the Assad regime from Daesh.

Despite the actions of the U.S., Russia and the PYD, however, Daesh's influence has only been slightly degraded. It has lost Ayn al-Arab (Kobani), the towns of Tal Abyad, Ayn Issa and Suluk and Tadmur, and Aleppo's Al-Bab district to the PYD, while losing a number of villages to regime forces.

Daesh came to the fore in Syria in mid-2013, when it took control of several strategic areas and energy fields.

The terrorist group remains in control of large energy fields in the Deir ez-Zor, Raqqa, Homs and Hasakah provinces. Daesh seized control of al-Omer, the country's largest oilfield, located in Deir ez-Zor, in July of 2014, along with the al-Taym, Hasyan, Jafra and al-Melih oilfields and the Tanak and Koniko natural gas fields.

Daesh also controls the Habara, Thawra and Toynan oilfields in Raqqa and the Shaer oilfield and the Al-Jahhar natural gas field in Homs.

In Hasakah, Daesh controls the Markada oilfield, which is located on the road linking Iraq's Mosul to Syria.