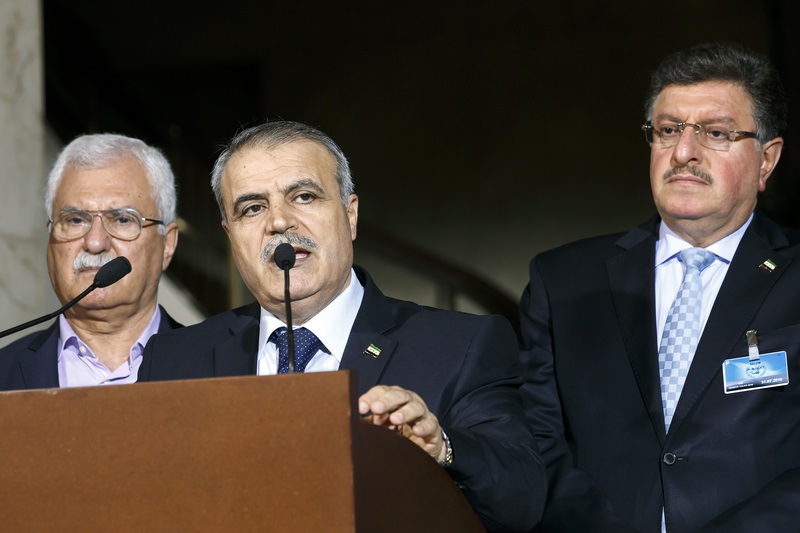 Syrian opposition chief negotiator Asaad Zoubi urged fighters to strike back against the Syrian army, accusing Assad of using a cessation of hostilities to gain ground.

In an internet message to fighters on the ground he also said he would not continue for long with negotiations in Geneva if government action continued and there was no progress on a key demand by the opposition for political transition in Syria without Bashar al Assad. He gave no deadline.

"We will not stay for long negotiating...In the event a missile targets them they have to retaliate with ten missiles and to exploit the truce as the regime has done," said Zoubi.

The mainstream opposition includes both political and armed opposition to Assad. It includes rebel groups such as Jaysh al-Islam and a number of Free Syrian Army rebel factions.

Syrian opposition High Negotiations Committee representatives said the indirect negotiations could collapse if the regime refuses to compromise on political and humanitarian issues.

"We might suspend (our participation in) the talks if things carry on this way, and then there will be no prospect for any political solution," HNC member Abdulhakim Bashar said.

Syria's government and the HNC arrived in Geneva last week for a fresh round of talks held by UN special envoy Staffan de Mistura.

The HNC has questioned the regime's commitment to a political solution to Syria's five-year war, particularly in the wake of renewed violence in the northern province of Aleppo.

More than 270,000 people have died in Syria's war, and millions more have been displaced.