100,000 Syrians trapped in Azaz under Daesh attack, flee to Turkey 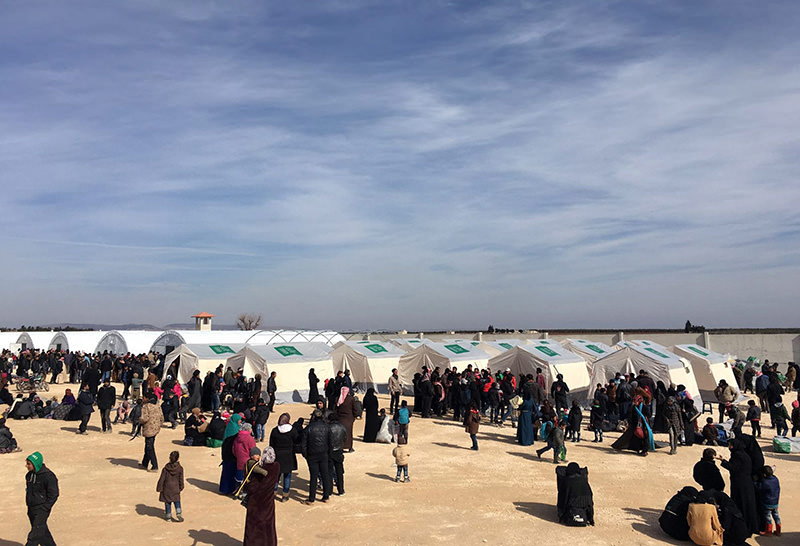 More than 100,000 people are trapped between the Turkish border and the frontline in northern Syria, aid charity Doctors Without Borders (MSF) said Monday.

The displaced people have been caught in Azaz district of Aleppo governorate between the border, the frontline with Daesh and Kurdish-controlled territory, MSF said in a statement.

"Yet again we see tens of thousands of people forced to flee but with almost nowhere safe to go -- trapped in this bloody, brutal conflict," Muskilda Zancada, the MSF head of mission for Syria, said.

The Geneva-based agency said renewed heavy fighting over the past week had led to more than 35,000 fleeing camps overrun by Daesh or close to frontlines. The fighting is just seven kilometers (4 miles) from those trapped at the border.

In its statement, MSF noted the "cruel contradiction between the situation in northern Syria and the current priorities of the EU with regard to Syrian refugees." Pablo Marco, an MSF operations manager, said it was unacceptable for the EU to focus returning Syrian refugees to Turkey rather than protecting those at the border.

Escalating fighting in northern Syria in recent days has undermined a cessation of hostilities agreement reached between most of the warring parties in late February.