614 civilians killed by Assad regime in Syria since ceasefire 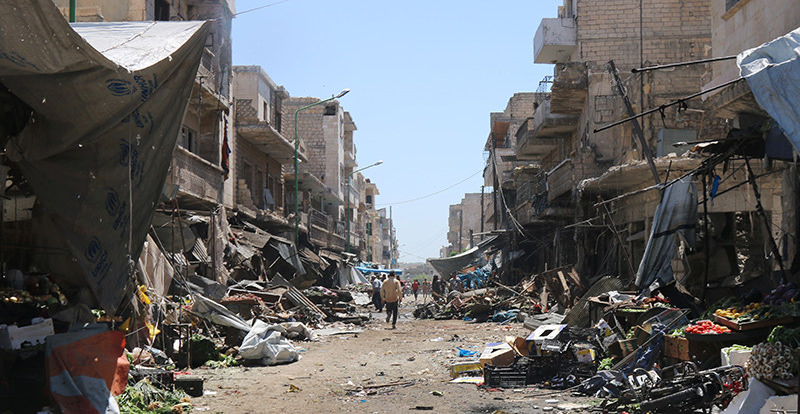 Syrians look at the damage following an air strike on a vegetable market in Maaret al-Numan, in Syria's northern province of Idlib, on April 19, 2016 (AFP Photo)
by Anadolu Agency Apr 20, 2016 12:00 am

At least 614 civilians have been killed in Syria since the cessation-of-hostilities agreement took effect by the end of February this year, according to data compiled by Anadolu Agency.

The data was based on reports filed by the U.K.-based Syrian Network for Human Rights.

The deadliest day since the start of the truce came on Tuesday when more than 50 people were killed in separate attacks in the war-ravaged country.

On Tuesday, leader of Syrian opposition's delegation to peace talks in Geneva called for the international community to enforce the truce that he said had broken down across large parts of the country.

Riad Hijab, chief coordinator for the High Negotiations Committee, declared that the truce no longer existed on the ground and said more than 550 Syrians had been killed and nearly 1,100 wounded since the "cessation of hostilities" deal between warring parties was put in place in late February.

Syria has been locked in a vicious conflict since early 2011, when the Assad regime cracked down on pro-democracy protests. Since then, over 250,000 people have been killed, according to UN figures released months ago.