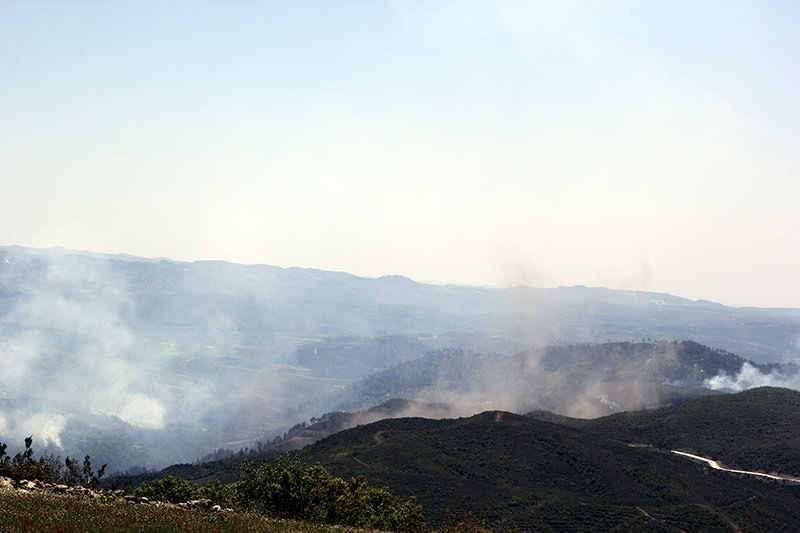 Local sources told the Anadolu Agency that the regime held Kelez, Sallur and Karaman villages located in Turkmen Mountain under fire and heavy clashes took place as regime forces are trying to advance in Kelez.

As the clashes are taking place in mountainous terrain covered with forests, fires erupted in five different locations near Turkish border on Tuesday and expanded on Wednesday. Turkish firefighters and forest management units await at the border in Yayladağı district in order to extinguish the fires if they cross the border.

Sources added that the regime also launched attacks in areas north of the city of Homs.

The population in northern parts of rural Latakia known as Bayırbucak are predominantly Turkmens, who have suffered from constant Russia-backed regime attacks since November 2015, causing thousands to seek refuge in Turkey's neighboring Hatay province.

The attacks also strained relations between Turkey and Russia, which led to a diplomatic crisis as a Russian Su-24 bomber jet taking part in airstrikes in the region breached Turkish airspace and downed by Turkish F-16 jets.