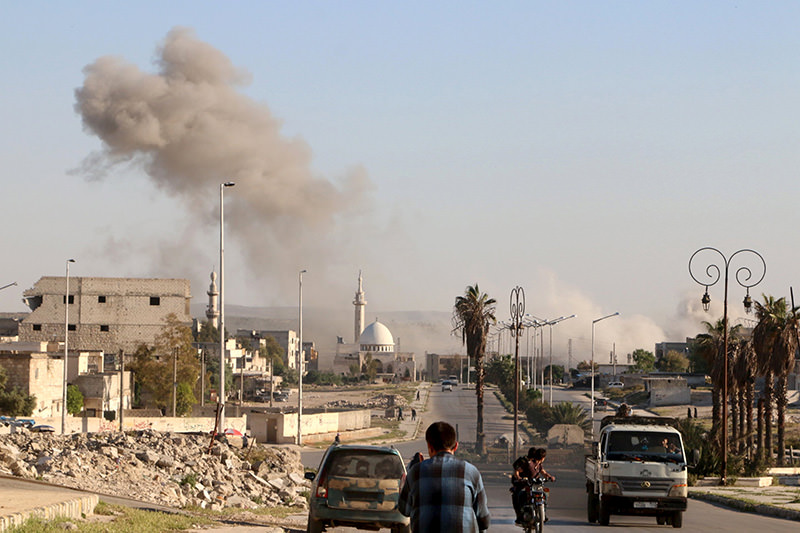 Some of the strikes hit central Aleppo, including the crowded Bustan al-Qasr neighborhood, not far from the front line between rebel forces and the position of regime forces, two activists said.

Control of Aleppo is divided between rebel groups in the east and troops and militias loyal to Bashar al-Assad in the west.

Activists say al-Qaeda's wing in Syria, al-Nusra Front, has only a small presence inside the city and Daesh has no formal positions.

Both groups are excluded from the ceasefire brokered by the US and Russia back in February, which initially helped dramatically lower the violence in the country but seems to be losing steam.

Opposition forces in Syria have said that Russian strikes largely target rebel positions, especially in northern Syria, with less of a focus on Daesh.

The Syrian opposition's negotiating body decided to "postpone" its participation in peace talks in Geneva, citing a lack of progress on humanitarian issues and escalating ceasefire breaches.

George Sabra, a member of the Syrian delegation, which has largely withdrawn from the Swiss city, said the airstrikes in Aleppo were a sign that the decision to pull out of the talks was correct.

"The ceasefire is dead," he added.

The United Nations Special Envoy for Syria, Staffan de Mistura, is set to meet government representatives later in the day.