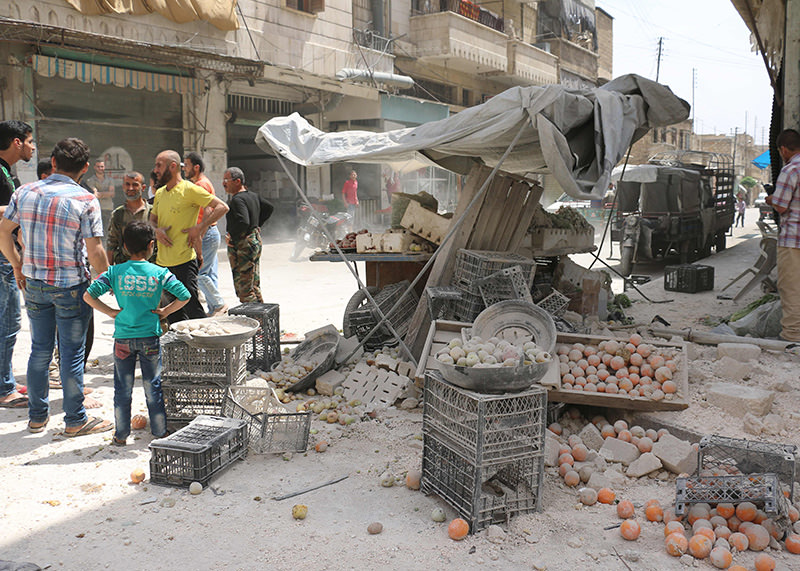 Amid stalled peace talks in Geneva and increasing violence, dozens of civilians were killed in Aleppo over the weekend as both the opposition and the regime accuse each other of staging attacks.

Ten civilians were killed and 30 others were injured in Assad regime airstrikes on a busy market in Syria's Aleppo province. A Syrian Civil Defense source, who spoke to Anadolu Agency on condition of anonymity for safety reasons, said regime warplanes targeted the busy market in al-Sakhour neighborhood.

Since a partial truce came into force in Syria on February 27, Aleppo, which was once Syria's commercial hub and split into opposition and regime controlled halves in 2012, has seen a dramatic drop in air strikes and rocket fire.

But regime planes launched an intense campaign over the city on Friday, killing 25 civilians that day and another 12 on Saturday.

In opposition-held neighbourhoods on Sunday, strained field hospitals were calling for immediate donations of blood to respond to the emergency needs. Opposition-run schools announced on Saturday they would shut indefinitely in fear of air strikes.

The Aleppo Conquest rebel coalition on Saturday threatened to dissolve a nearly two-month-old cease-fire with the government if pro-regime forces continued to strike civilians in opposition areas. The online statement, published in Arabic, said the international community had 24 hours to put pressure on Damascus before rebels would respond to the regime's "aggression."

More than 270,000 people have been killed since Syria's conflict erupted in March 2011 with anti-government protests and the regime's brutal crackdown.