Talks with Russia, coalition partners getting closer to understanding on Syria ceasefire: Kerry 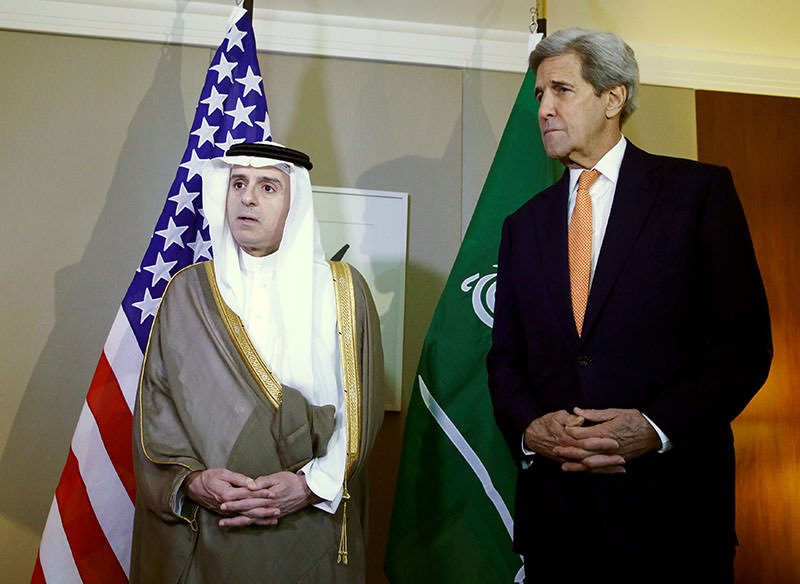 Talks with Russia and coalition partners are "getting closer to a place of understanding" on renewing a ceasefire in Syria, including around the city of Aleppo, U.S. Secretary of State John Kerry said on Monday.

Kerry spoke before a meeting in Geneva with Saudi Foreign Minister Adel al-Jubeir in stepped-up diplomatic efforts to stop a surge in fighting and salvage U.N.-led peace talks brokered by the U.S. and Russia on Feb. 27.

Kerry will meet U.N. envoy to Syria Staffan de Mistura before returning to Washington later in the day.

The Syrian government said on Friday it was introducing a temporary "regime of calm", or lull in fighting, in an area around Damascus and Latakia province; but Kerry has made clear a ceasefire brokered by the U.S. and Russia on Feb 27 must also include Aleppo, which has seen the brunt of the increase in fighting.

"We're getting closer to a place of understanding, but we have some work to do, and that's why we're here," Kerry said at the start of the meeting with Jubeir.

Jubeir condemned the escalation of fighting as a "violation of all humanitarian laws", blaming the air strikes in Aleppo on government forces and called for Syrian President Bashar al-Assad to step down.

"He can leave through a political process, which we hope he will do, or he will be removed by force," Jubeir said, adding:

"The world is not going to allow them to get away with this," he said referring to air strikes that hit a hospital in Aleppo last week, killing children and doctors.

Contested Aleppo, Syria's largest city and former commercial center, has been the scene of intense shelling and air raids, killing nearly 250 civilians over the past nine days, according to the Britain-based Syrian Observatory for Human Rights.

The surge in fighting has caused the collapse of a two-month cease-fire brokered by the U.S. and Russia. It also has raised fears of an all-out regime assault on Aleppo.

The International Committee of the Red Cross (ICRC) warned that the intensification of fighting threatens to cause a humanitarian disaster for millions of people. A statement issued late Friday said four medical facilities on both sides of the city were hit earlier that day, including a dialysis center and a cardiac hospital. ICRC appealed to all parties in the conflict "for an immediate halt in the attacks."

"There can be no justification for these appalling acts of violence deliberately targeting hospitals and clinics, which are strictly prohibited under international humanitarian law," said Marianne Gasser, head of the ICRC in Syria. "People keep dying in these attacks. There is no safe place anymore in Aleppo."

"For the sake of people in Aleppo, we call for all to stop this indiscriminate violence," Gasser said.