400,000 refugees could flee to Turkey if no Aleppo truce: UN envoy 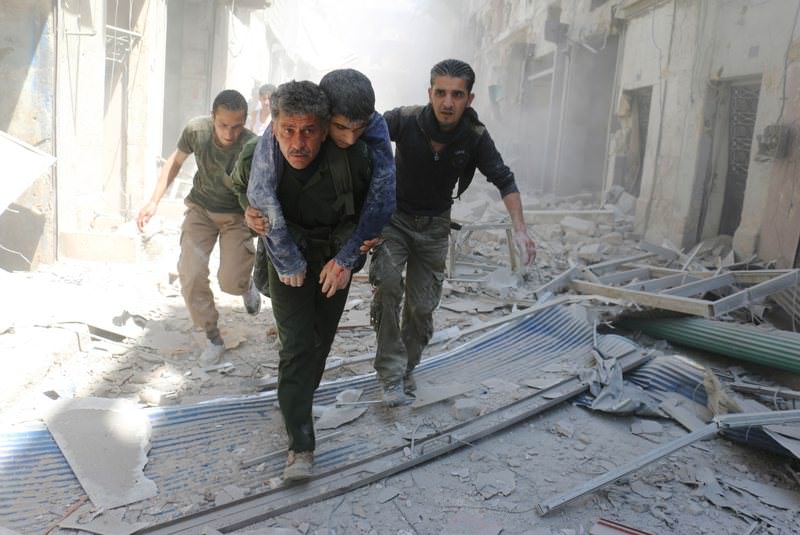 The UN's envoy for Syria on Wednesday made a plea for a halt in fighting in the second city of Aleppo, warning that failure to do so could lead to a "catastrophic" outcome.

"The alternative is truly quite catastrophic, because we could see 400,000 people moving towards the Turkish border," Staffan de Mistura said after talks in Berlin with France and Germany's foreign ministers.

The surge in fighting has caused the collapse of a two-month cease-fire brokered by the United States and Russia. It also has raised fears of an all-out government assault on Aleppo. Even though a truce in other parts of the country appeared to be holding on its first day, activists and experts say a new refugee influx may also be expected with the violence simmering once again in Aleppo. An activist in Aleppo told Deutsche Presse-Agentur (DPA) that the regime planes focus their raids on areas where civilians live. "They want to kill as many civilians as they can to raise fear and force the survivors to flee the area," he said.