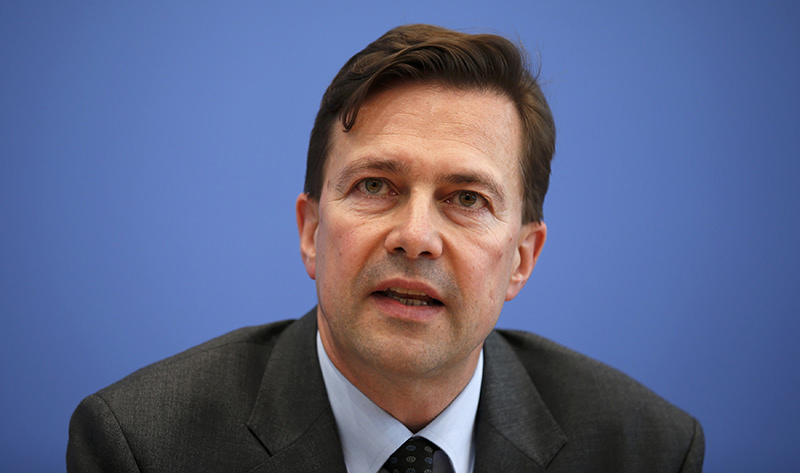 "The EU and Turkey have made an important agreement to manage this challenge together," Steffen Seibert told a news conference in Berlin.

"The European side will stick to this agreement and will honor its commitments. And of course we expect the same from our Turkish partners."

German daily Bild reported on Monday that EU members had begun discussing alternatives to the agreement amid fears it could collapse.

Seibert said: "It is in our interest, also in the EU's interest, to work for the further implementation of the EU-Turkey agreement. This is what we are focusing on."

The agreement aims to discourage irregular migration through the Aegean Sea, develop a mechanism for resettling Syrian refugees from Turkey to the EU and provide a 6 billion euro ($6.8 billion) aid package for refugees in Turkey.

It also allows for the acceleration of Turkey's EU membership bid and visa-free travel for Turkish nationals within the Schengen area, on the condition that Ankara meets 72 requirements set by the EU.

President Recep Tayyip Erdoğan last week criticized the EU for demanding changes to Turkish anti-terror legislation before approving visa liberalization and accused the EU of hypocrisy in pressuring Turkey to change its terror laws while "sidelining democracy" at home in their own fight against terrorism.

The EU-Turkey deal, which was hammered out by Merkel and Prime Minister Ahmet Davutoğlu, who stood down after calling an extraordinary party congress last week.

The EU and Turkey increased cooperation late last year and the implementation of the agreement has significantly reduced the flow of migrants.

In Germany, which accepted nearly 1.1 million asylum seekers last year, the number of refugees has fallen sharply in recent months.

In April, 16,000 asylum seekers arrived in the country, according to the Federal Office for Migration and Refugees on Monday - a steep drop from the 90,000 who arrived in January.

Meanwhile Turkey is currently hosting the largest number of Syrian refugees in the world with 2.7 milion and has spent more than 7 billion euros meeting their needs, according to European Commission figures released last year.