Number of migrant arrivals to Greece down 90 pct 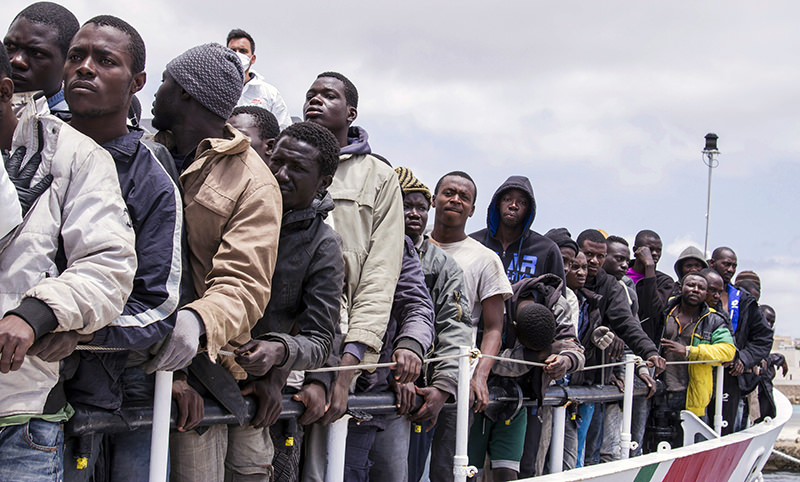 The number of migrants arriving in Greece plunged nearly 90 percent in April following the EU-Turkey deal to stem their influx to Europe, the International Organization for Migration said.

"The drop in the number of arrivals on the Greek islands was dramatic," Frontex executive director Fabrice Leggeri said in a statement, with less than 2,700 migrants arriving on Greek islands in April - down 90 per cent from the previous month.

On the Central Mediterranean route leading to Italy, 8,370 migrants were detected in April. This is, however, 13 per cent less than in March and a nearly 50 per cent drop when compared to April 2015.

The remarkable shift in migration follows a deal reached in March under which Turkey has agreed to take back Syrian migrants landing on Greek islands in exchange for political incentives, including billions of euros in aid and visa-free European travel for its citizens.

The EU border agency Frontex also reported on the slowdown Friday saying it had registered 2,700 arrivals in Greece last month and describing the development as "dramatic".

"The total for all of April is well below the number of people we often saw reaching just the island of Lesbos on a daily basis during last year's peak months," Frontex chief Fabrice Leggeri said in a statement.

Greece has since last June seen far more arrivals than Italy, driven mainly by refugees fleeing conflicts in war-ravaged Syria, Iraq and Afghanistan, but the balance has shifted since April 1, the UN refugee agency said.

"For the first time last month there were more arrivals in Italy than in Greece," UNHCR spokesman William Spindler told reporters Friday.

But in April, Italy saw 9,149 arrivals -- nearly three times more than Greece, according to IOM.

There has been speculation that the EU-Turkey deal and the virtual closure of the route to Greece would push refugees from Syria to begin travelling through North Africa and onto Italy instead.

This seemed to be confirmed by Thursday, when the Italian coastguard and UNHCR said some 150 Syrians were among hundreds of migrants rescued off the coast of Sicily, but IOM spokesman Joel Millman said Friday that number appeared to have been greatly exaggerated.

When the boat that had left Egypt and was believed to be carrying the Syrians "came in just a few hours ago there were only two individuals who claimed to be Syrian," Millman told reporters.

Spindler meanwhile stressed that people were still being disembarked from a number of boats that rescued up to 1,000 people who had set off from Egypt and Libya.

"We still don't have all the details about the composition of the people who were rescued," he said, adding though that "we cannot yet say that there is a shift in the routes from Turkey to Greece, into North Africa to Italy. It's too early to say."