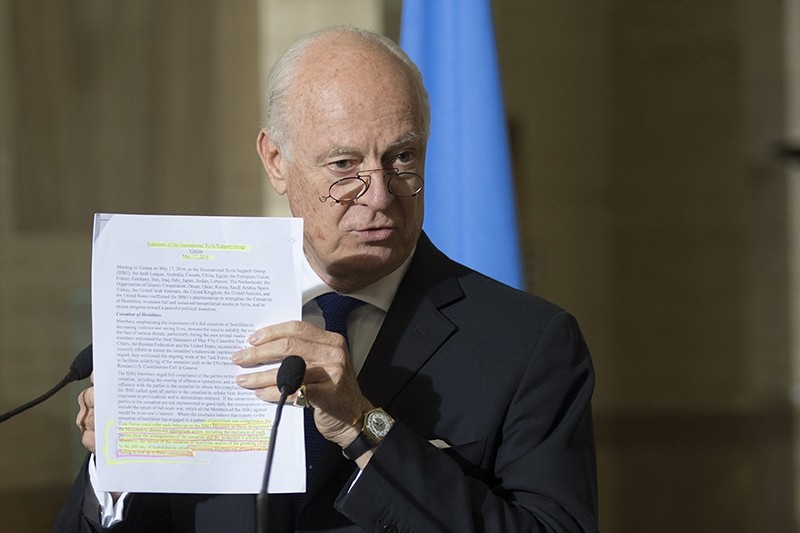 After the International Syria Support Group's Humanitarian Access Task Force meeting in Geneva, de Mistura told reporters: "If there is no substantial progress in humanitarian access to these areas by the first of June, there is an option of airdrops."

Any lack of improvement in humanitarian access or a cessation of hostilities would mean "the credibility of the next round of talks will be in question, therefore l am not going to give you a date yet," de Mistura added.

According to the UN, 13 out of 18 besieged areas have been reached so far although the regime blocks aid to the remaining locations.

The Syrian regime last Thursday refused entry to the town of Daraya, under siege since 2012.

UN airdrops delivered aid over the last months to Deir ez-Zor in eastern Syria, under siege from Daesh.

According to the UN, nearly one million people in besieged and hard-to-reach areas urgently need aid.