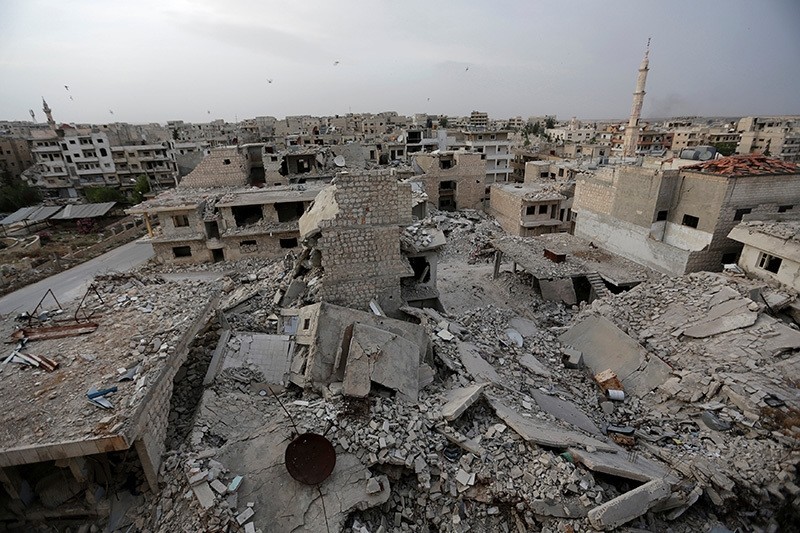 A general view shows damaged buildings in the rebel-controlled area of Maaret al-Numan town in Idlib province, Syria, May 15, 2016 (Reuters Photo)
by Daily Sabah with AA May 20, 2016 12:00 am

Eight civilians were killed and 19 others were injured in a Syrian regime airstrike on the opposition-controlled Khan al-Sobol village southeast of Idlib city, Syrian Civil Defense sources in the village said.

The sources, who talked to Anadolu Agency in condition of anonymity due to security concerns, said the casualties included women and children.

The injured were taken to field hospitals across the village.

Syria has been locked in a vicious civil war since 2011, when the regime cracked down on pro-democracy protests with disproportionate ferocity. More than 300,000 people have been killed, while millions have been displaced internally and internationally.

About 2.5 million refugees escaping the civil war have fled to Turkey, while hundreds of thousands of others have sought refuge in neighboring countries or Europe.

The absence of political stability has resulted in emergence of many terror groups, such as Daesh, YPG, and Al-Nusra, increasing the toll of civilian deaths.