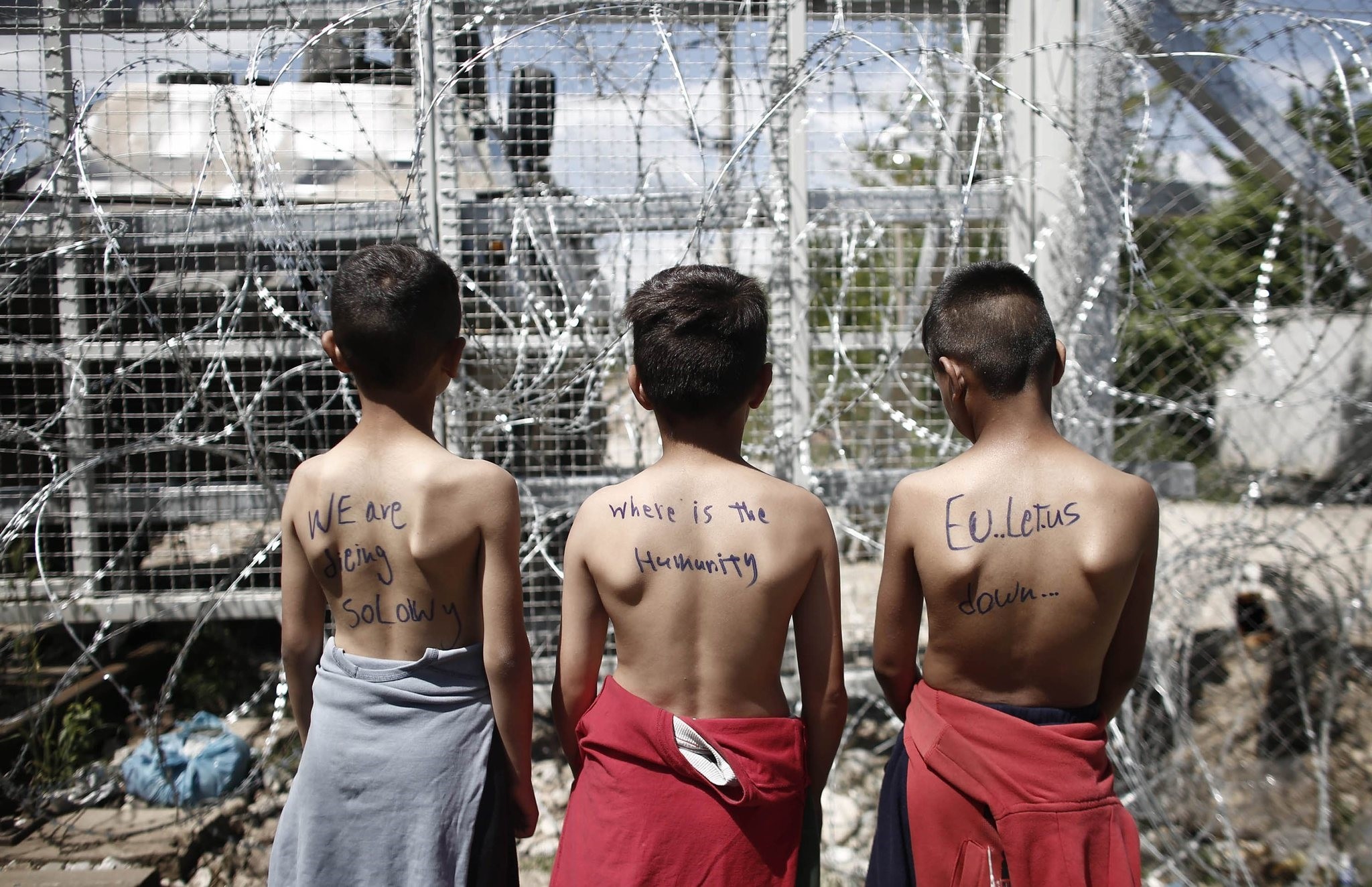 Refugee boys take part in a protest demanding the opening of the border between Greece and Former Yugoslav Republic of Macedonia (FYROM) at a refugee camp, near the village of Idomeni. (EPA Photo)
by Daily Sabah with Reuters May 23, 2016 12:00 am

The U.N.'s refugee agency said on Monday border closures in Europe to stop refugees were "inhumane", and government efforts to stem the flow had averted the crisis only temporarily.

The border closures across the Balkans and a deal between Turkey and the EU have sharply reduced the number of people crossing into Europe this year, after a million made the often perilous journey in 2015.

"There are a lot of people patting themselves on the shoulder and saying the deal worked, the people have stopped coming: but there's more to it than that," Melissa Fleming, spokeswoman for the UNHCR, said on the sidelines of the world's first humanitarian summit.

On the moves to seal borders, she added: "The sudden closure and the action by unilateral states was inhumane vis-à-vis many vulnerable people."

Under the deal between Europe and Turkey, Ankara has agreed to take back illegal migrants from Europe in return for aid, accelerated EU accession talks and visa-free travel to the bloc.

Host country Turkey has taken in nearly 3 million refugees since the start of the Syrian civil war and spent nearly $10 billion.

Billed as the first of its kind, the United Nations summit in Istanbul aims to develop a better response to what has been called the worst humanitarian crisis since World War Two.

The two-day summit, which is hosted by Turkey and under the co-chairmanship of President Recep Tayyip Erdoğan and United Nations Secretary-General Ban Ki-moon, is a global call to action to relieve humanitarian crises. Some 5,000 participants, including global and government leaders, business figures, aid organizations, nongovernmental organizations and academics will be at the summit.