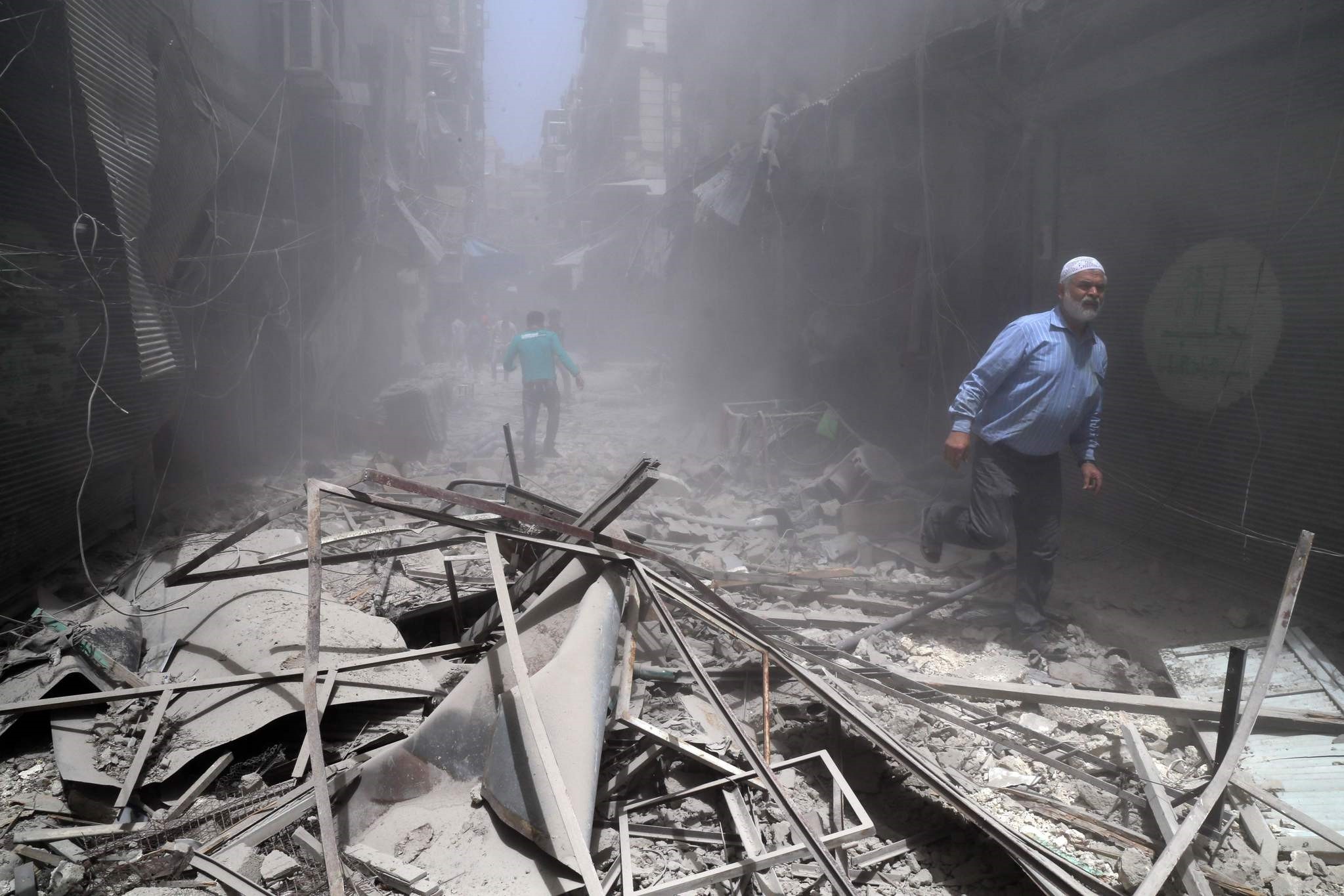 Syrians walk through the rubble following a reported air strike by Syrian regime forces in the opposition-held neighbourhood of Bustan al-Qasr on June 5, 2016. (AFP PHOTO)
by Anadolu Agency Jun 05, 2016 12:00 am

Ibrahim Abu Laith told Anadolu Agency that aircraft dropped thermobaric and barrel bombs on opposition-held neighborhoods. "At least 18 civilians were killed and 50 others injured, including children and women," he said.

Thermobaric bombs are far more destructive that conventional explosives due to their extremely powerful blast while barrel bombs are improvised devices that have been used to devastating effect in Syria, where they are typically dropped by helicopter on residential districts.

Abu Laith said homes on Castello Road linking the contested city of Aleppo with opposition-held Idlib were targeted as well as rural areas north of Aleppo.

"Civil defense teams are struggling to reach the bombed areas," he said, accusing Bashar al-Assad's regime and Russia of committing massacres in Aleppo.

"We appeal to world public opinion to pile pressure on the regime to halt its attacks on the city," he said.

Syria has been locked in a vicious civil war since early 2011, when the regime of Bashar al-Assad cracked down on pro-democracy protests. According to the Syrian Center for Policy Research at least 470,000 Syrians have died in the war.