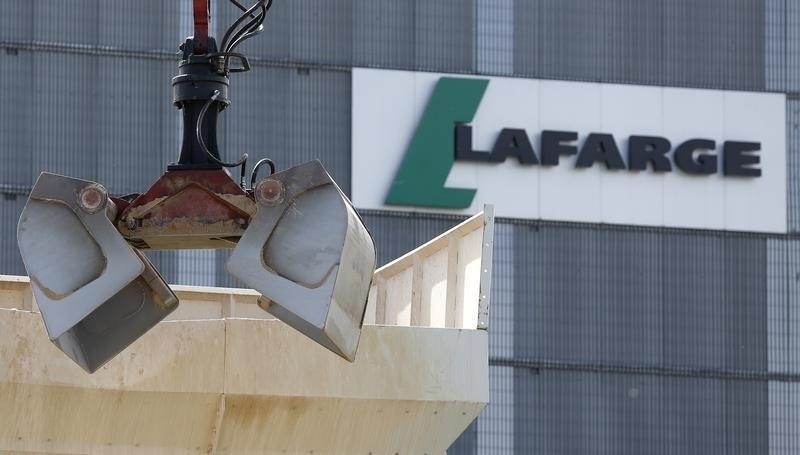 French cement maker Lafarge entered into deals with armed groups in Syria, including Daesh, to protect its business interests in the country, the daily Le Monde reported Tuesday.

The company did not respond to queries from AFP over the allegations, saying only that "Lafarge's absolute priority has always been ensuring the safety and security of its staff."

At the heart of the "worrying deals" alleged by Le Monde is a cement works that Lafarge bought in 2007 some 150 kilometres (95 miles) northeast of Aleppo.

The Jalabiya cement works went into operation in 2011.

"Until 2013, production kept up despite the growing instability in the region due to the Syrian crisis which began in 2011," the French daily wrote.

In 2013, Daesh began taking control of towns and roads around the factory.

Le Monde reported it had seen letters sent by Lafarge managers in Syria "revealing arrangements that Lafarge made with the terrorist group to continue production until September 19, 2014."

It was on this date that Daesh took over the site and Lafarge halted all activity.

In one case Lafarge -- seeking access to its factory for workers and supplies -- sent a man named Ahmad Jaloudi on a mission "to get permission from Daesh to let employees past checkpoints".

According to Le Monde, the letters show that Lafarge's Paris headquarters was aware of the arrangements.

In another case a "pass stamped with an Daesh stamp and endorsed by the (group's) finance chief in the Aleppo region" proves the company had struck a deal with Daesh to allow for free circulation of its goods, the newspaper reported.

In order to keep making cement Lafarge bought licences from and paid taxes to Daesh middle-men and oil traders, the newspaper alleged.

Lafarge -- which in 2015 merged with Swiss cement maker Holcim -- confirmed to AFP it had owned the Jalabiyeh cement works "between 2010 and 2014", but did not directly address the allegations.

"When fighting came closer to the factory, Lafarge's absolute priority was ensuring the safety and security of its staff while the closure of the factory was being studied," the company said.