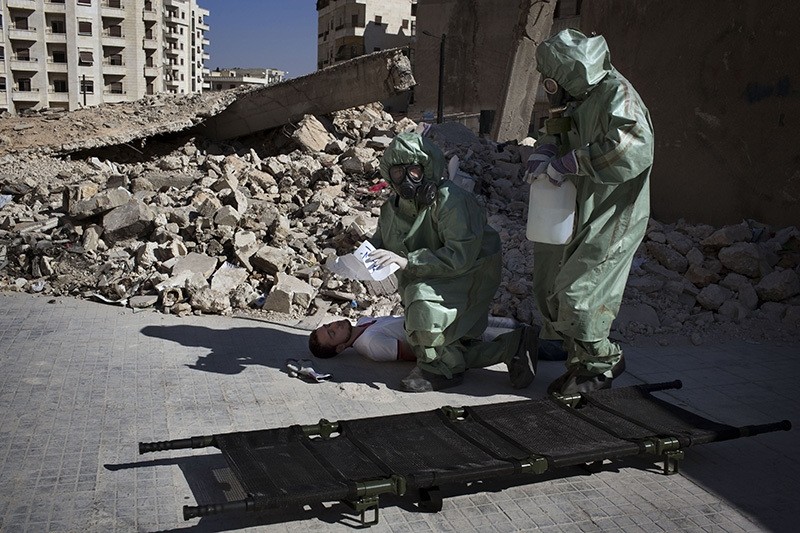 Assen Sabbagh, a local media activist based in Aleppo, told Turkey's state-run Anadolu Agency (AA) that the villages of Kafr Hamra, Anadan and Hraytan had been struck by phosphorous bombs.

White phosphorus is a chemical substance used in shells and grenades. Weapons experts warn it can cause painful and fatal burn damages. Russian troops reportedly used the chemical in the 1994 battle of Grozny in Chechnya.

"Bombs have poured down on us for two days, the only consultation is that, no one has been killed under attacks," said Sabbagh.

"Due to heavy attacks thousands of residents had to move out to secure places," he added.

According to the Syrian Center for Policy Research, at least 470,000 Syrians have died in the five-year conflict.
Last Update: Jun 22, 2016 2:54 pm
RELATED TOPICS