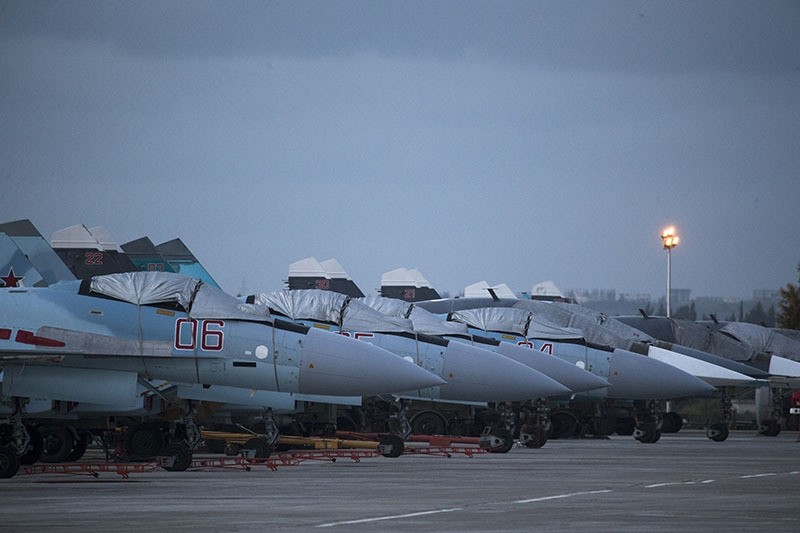 At least 64 civilians were killed and dozens injured Saturday in Russian airstrikes on a Daesh-held town in eastern Syria, according to hospital sources.

The warplanes struck residential areas in al-Quriya town, and then struck again with cluster bombs when civilians gathered to rescue the victims, the sources said, speaking on condition of anonymity for their safety.

Al-Quriya town fell to the Daesh terrorist group in 2014.

Syria has been locked in a vicious civil war since early 2011, when the Bashar al-Assad regime cracked down on pro-democracy protests -- which erupted as part of the "Arab Spring" uprisings -- with unexpected ferocity and disproportionate force.

The Syrian Center for Policy Research, an NGO, however, has put the death toll from the five-year conflict at as high as 470,000.