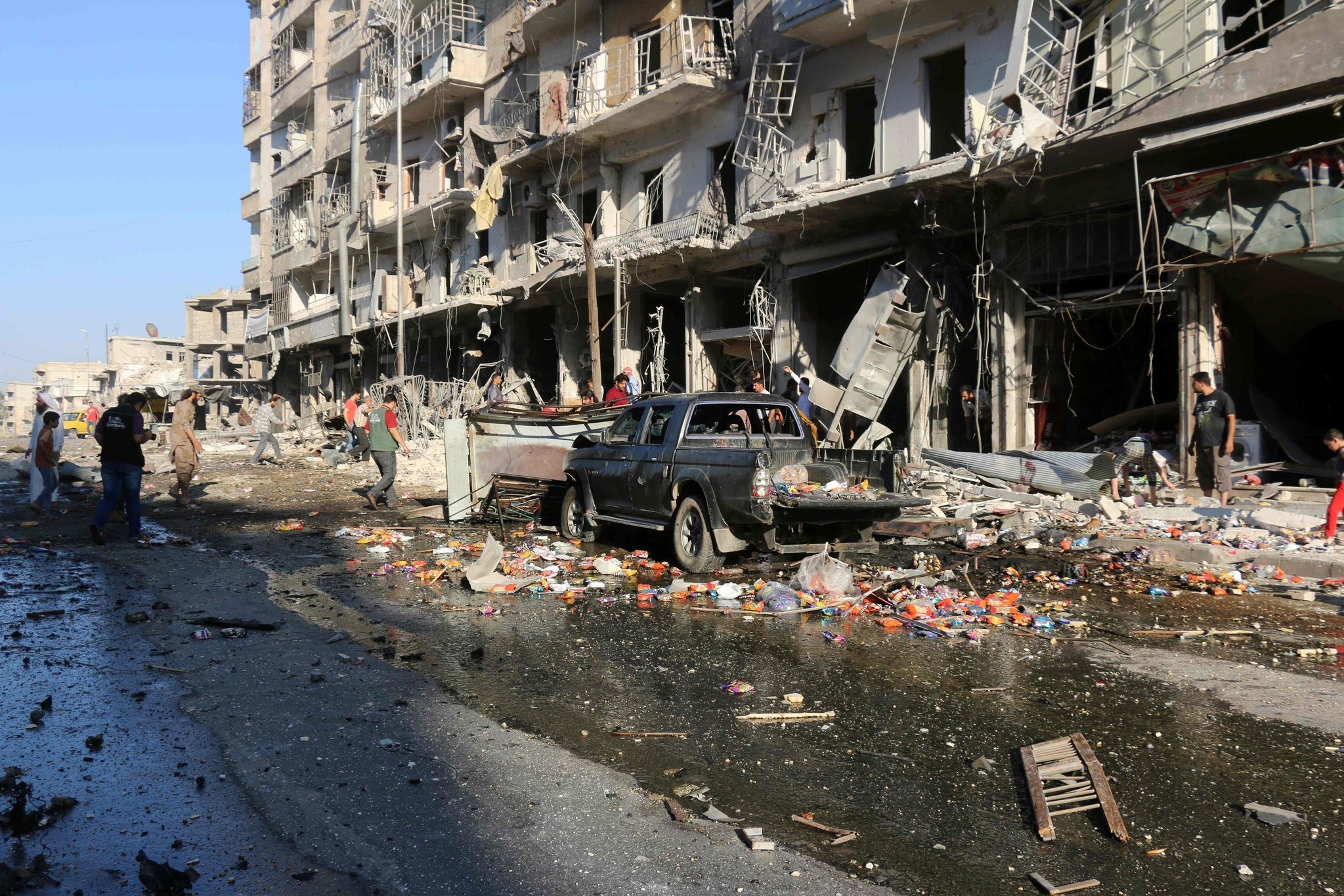 Syrians inspect the damage on a street following a reported airstrike at a market in the rebel-held district of Tariq al-Bab, in the northern city of Aleppo on July 1, 2016. (AFP Photo)
by Anadolu Agency Jul 02, 2016 12:00 am

At least 16 civilians, including women and children, were killed Friday during an air raid by the Syrian regime army on the opposition-held neighborhood of Tareeq al-Bab in Aleppo, Syria's largest city, according to a pro-opposition civil defense source on the ground.

Syria has been locked in a vicious civil war since early 2011, when the Bashar al-Assad regime cracked down on pro-democracy protests -- which erupted as part of the "Arab Spring" uprisings -- with unexpected ferocity and disproportionate force.

The Syrian Center for Policy Research, an NGO, however, has put the death toll from the five-year conflict at as high as 470,000.