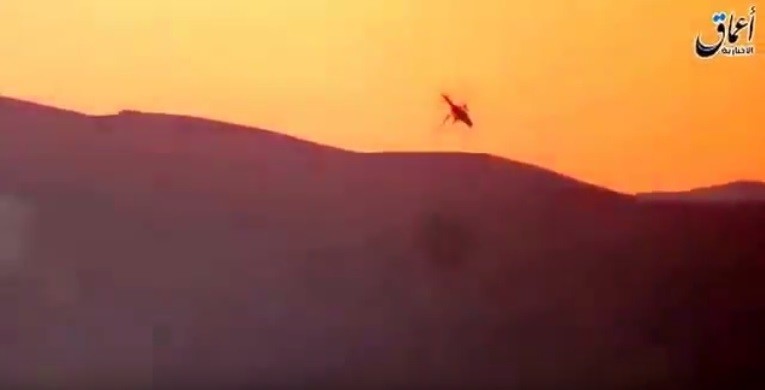 Arabic media aired footage on Saturday of the supposed moment two Russian pilots were killed near the ancient city of Palmyra in Syria's western Homs province the previous day when Daesh terrorists downed a helicopter belonging to the Syrian army.

The Russian Defense Ministry confirmed the downing of the helicopter on Saturday, however the footage is still being analyzed by experts.

According to an official statement released by the ministry, Russian pilots were flying a Mi-25 helicopter when an American TOW anti-tank missile system was used to down the helicopter., the Russian Interfax news agency claimed in its report.

Russian troops have been supporting the Bashar al-Assad regime since September 2015.

Western governments and Turkey have accused Moscow of targeting moderate opposition forces in its campaigns.