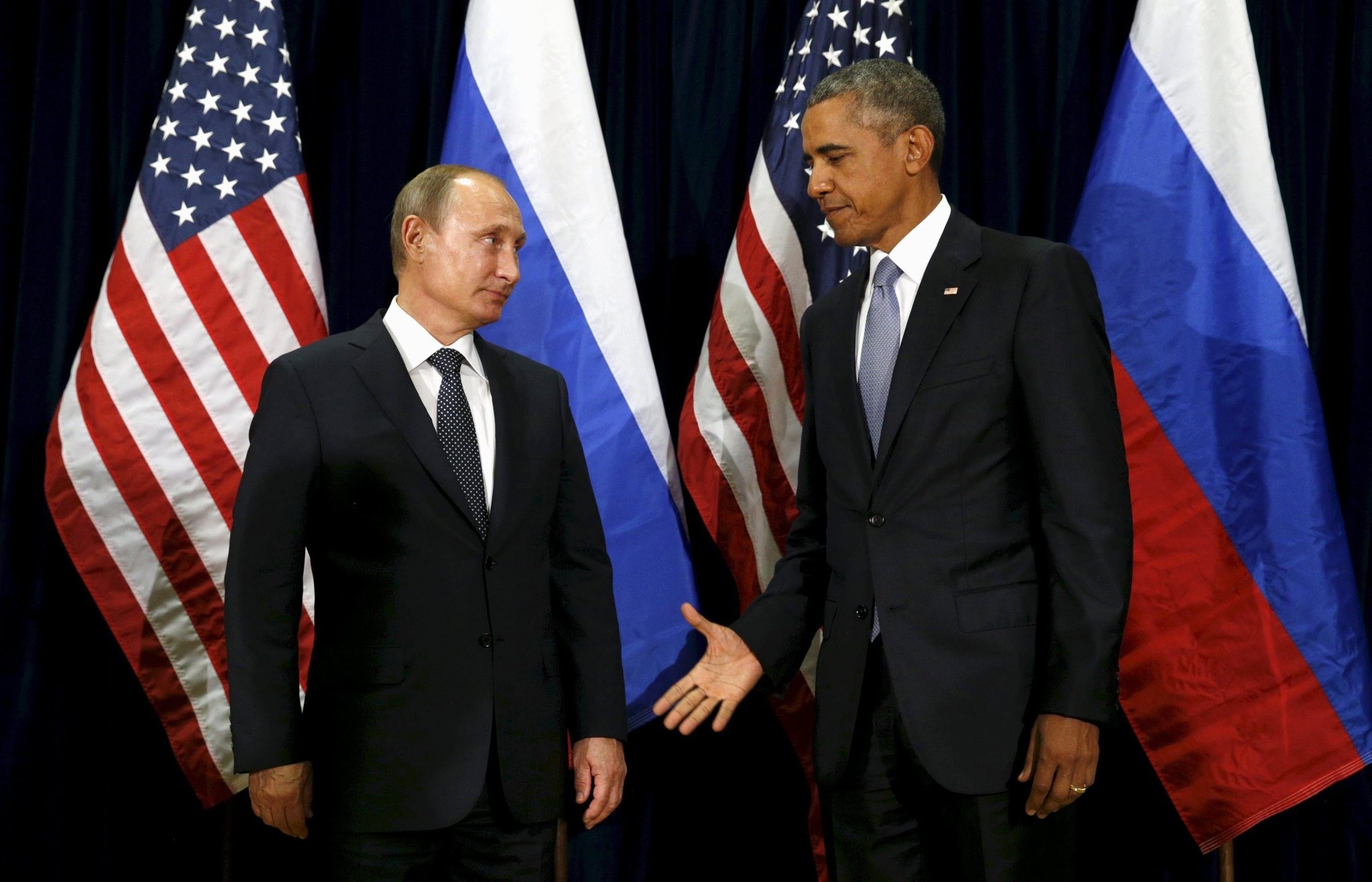 The United States is offering Russia a new military pact against Daesh and al-Qaida in Syria, according to a leaked U.S. proposal that, if finalized, could dramatically alter America's role in the Arab country's five-year civil war.

The document, published by The Washington Post, calls for joint bombing operations, a command-and-control headquarters and other synchronized efforts. U.S. and Russian officials with expertise in intelligence, targeting and air operations will "work together to defeat" the extremist groups, the eight-page paper states.

U.S. Secretary of State John Kerry, who was to discuss the proposal in Moscow Thursday, declined to comment.

"I'm going to Moscow, meeting with President (Vladimir) Putin tonight," Kerry told reporters. "We'll have plenty of time to talk about it and I'll give you all a sense of where we are."

Putin spokesman Dmitry Peskov said only that joint U.S.-Russian efforts were key to fighting terrorism in the region.

Such a partnership would undercut months of U.S. criticism of Russia's military intervention in Syria. And it would put the U.S. alongside Syria's Bashar Assad's chief international backer, despite years of American demands for Assad to leave power.

Russia would be getting what it wanted since it first intervened in Syria on Assad's behalf last September — to be a leader in an international alliance.

Washington has rebuffed Moscow's requests for military cooperation, accusing the Russians of using anti-terrorism objectives as a pretext for protecting Assad's position, of repeatedly violating truces and attacking moderate rebel groups backed by the U.S. or its allies as well as civilian targets.

Much of Washington is wary about working too closely with Russia. A dissent cable signed by 51 State Department officials last month showed a sizeable part of America's diplomatic establishment believing a U.S. military response against Assad's forces was necessary, given Moscow's increased leverage as a result of its intervention.

Opposition to this latest Syria plan is shared by a significant number of officials at the State Department, Pentagon and U.S. intelligence community, according to several American officials.

But the administration has few other options right now. Suggestions of U.S. force don't carry much weight, given the unfulfilled threats throughout the war — from Obama's declaration five years ago that Assad's days were "numbered" to his vow of a military response if chemical weapons were used, only to back down in 2013.

U.S. officials said no agreement with Moscow has yet been reached.

The proposed, U.S.-Russian "Joint Implementation Group" would be headquartered near Amman, Jordan. At its most basic level, the former Cold War foes would share intelligence and targeting information. But they "should coordinate procedures to permit integrated operations," if the U.S. and Russia decide such operations are in their interests, the document said.

In exchange for U.S. cooperation, the Russians would pressure Assad into ending a bombing campaign against moderate groups and civilians, and allow unfettered aid to besieged, opposition-held areas. Washington also wants Russia's help in forcing Assad to start a political transition that would ultimately end his family's four-decade hold over the country.

Russia supports the vague idea of "transition," but has never publicly spoken of Assad having to resign.

The proposal would address one of the most persistent problems with enforcing a ceasefire in Syria: the Nusra Front, al-Qaida's Syria affiliate. The group is engaged in a variety of local alliances with other rebel groups the U.S. and its Arab allies want shielded by the so-called cessation of hostilities. And Nusra's fighters are often embedded with such groups on the battlefield or move between various fighting formations.

For that reason, the U.S. has almost entirely avoided bombing Nusra targets in recent months. Russia hasn't hesitated. But in taking out Nusra forces, the U.S. says Russia also has killed hundreds of moderate, anti-Assad fighters and civilians — undermining chances for peaceful diplomacy.

Captain Abdelsalam Abdurrazek, a spokesman for Nur al-Din Zenki, a CIA-vetted rebel entity fighting near Aleppo, decried the U.S. for offering "to support an ally of the Syrian regime and an enemy of the Syrian people." He said his group would continue fighting alongside Nusra.

Thursday's talks in Moscow are scheduled fewer than three weeks before an August ultimatum by President Barack Obama's administration for diplomatic progress. All signs augur poorly for a breakthrough in a war that has killed as many as a half-million people since 2011, contributed to a global migration crisis and spawned Daesh's international expansion.

Two months ago, Kerry said the transition had to start on Aug. 1, or Syria and its backers are "asking for a very different track." But any Plan B has remained undefined beyond vague hints of a military intervention involving Saudi troops. The White House and Pentagon have resisted a greater U.S. role.