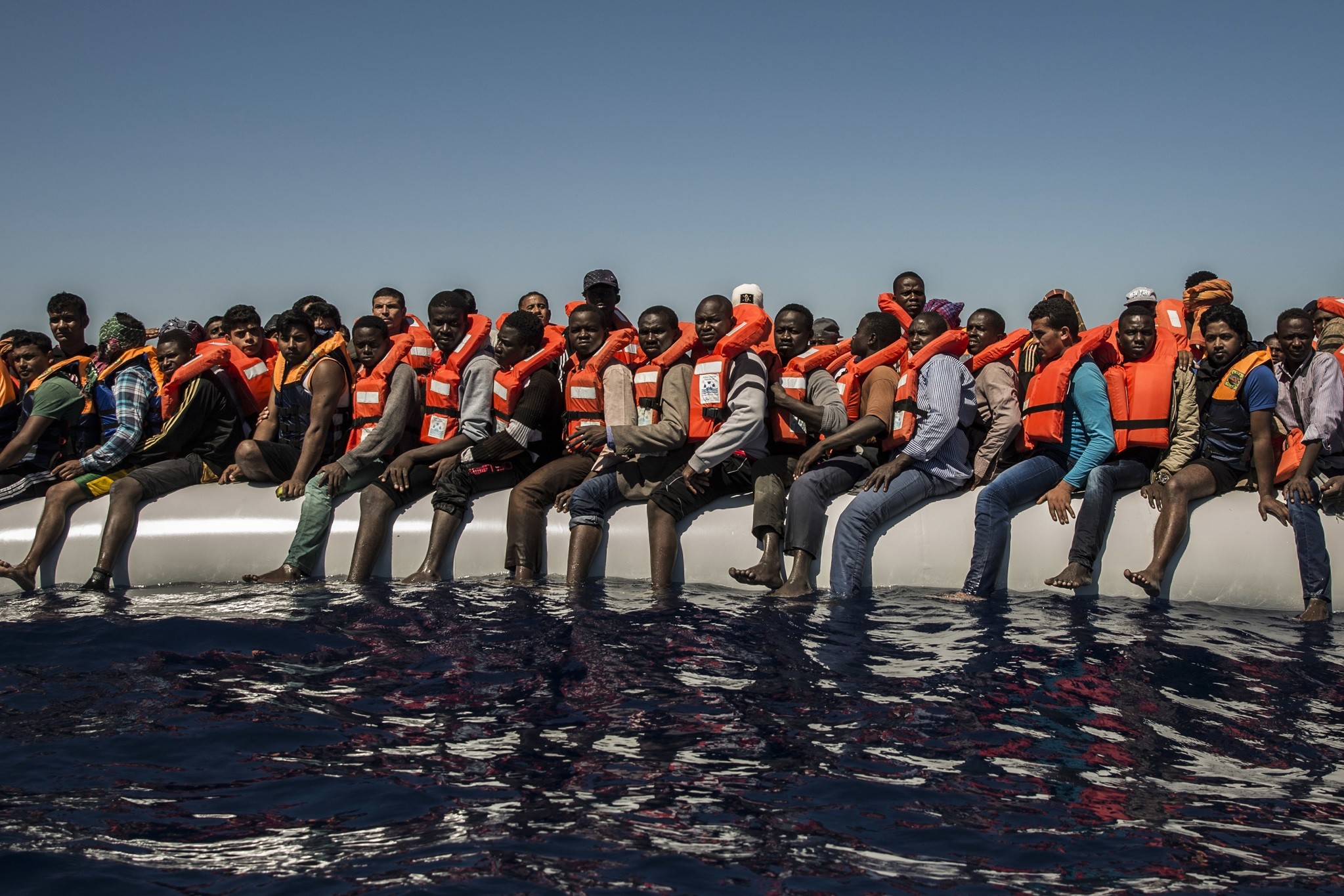 In this Tuesday July 19, 2016 photo, refugees and migrants from Eritrea, Mali, Bangladesh and other countries wait on board a dinghy to be rescued in the Mediterranean Sea, 27 kilometers (17 miles) north of Sabratha, Libya. (AP Photo)
by reuters Jul 20, 2016 12:00 am

Looking to change public perception about refugees in the Netherlands, two journalists have launched a Smartphone app that dramatizes the asylum-seeking process and lets users ask tough questions of would-be refugees.

With "The Detailed Interview" app, users select questions for actors portraying refugees from Syria and Guinea as they explain why they fled their homelands.

Users then play the role of government officers who decide if the refugees are allowed in or rejected.

The scripts used by the actors are based on actual refugee interviews.

Amsterdam-based journalists Ludo Hekman and Klaas van Dijken said they wanted to counter perceptions that it was easy to become a refugee in the Netherlands, which has seen a rise in far-right, anti-immigration sentiment.

"If you read some newspapers in the Netherlands, they really feed on the fear of admitting refugees too easily," Hekman told the Thomson Reuters Foundation.

"We found out that it's really hard, and parts of the procedure to become European are really intense," he said.

Would-be refugees must undergo at least two interviews by government officials, according to the Netherlands' Ministry of Security and Justice website.

Some 46,000 people applied for asylum in the 12 months leading up to April 2016, according to European Union statistics. The process can take several years.

More than 10,000 people have used the app since it launched in April, said Hekman.

One character portrayed on the app is 21-year-old Rıfat, who claims he fled Syria's civil war and traveled through Turkey and Greece.

He says he was never asked to fight in Syria but, when pressed by the app's questions, admits he enlisted in a rebel group.

While app users can decide the fate of the imaginary Rıfat, the character was based on an actual case that remains undecided. There are suspicions the person on which Rıfat was based may have been involved in war crimes, according to the app.

Videos are shown in English, with interactive subtitles in Dutch. English subtitles are planned for September, Hekman said.