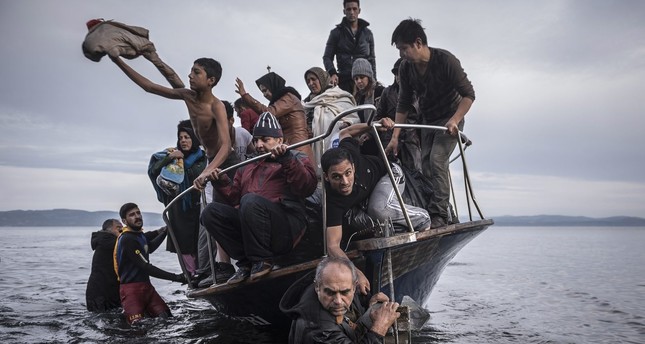 Greece's immigration minister on Wednesday denied having called on the European Union to draw up a back-up plan in case Turkey suspends a deal aimed at limiting the influx of refugees as Europe fails to keep its promises on visa-free travel for Turkish nationals.

Yannis Mouzalas's denial came hours after Germany's Bild daily had quoted him as saying: "We are very worried. We need a Plan B in any case."

"The minister denies Bild's translation of his comments," the immigration ministry said in a statement, publishing what it said were Mouzalas's answers in Greek to Bild's questions.

According to the statement, Mouzalas had actually said: "Greece is committed to the EU-Turkey deal, which depends on both the EU's support and on Turkey's duty to respect it."

"Clearly we are concerned, but for now the number of people arriving on the Greek islands (since the deal was enforced in March) does not indicate that the deal is not being respected," he said.

Bild did not immediately respond to an AFP request for comment.

Due to its geographic proximity to Turkey, Greece has become a key gateway country for refugees seeking to reach Europe.

At the height of Europe's refugee crisis last year, thousands of asylum seekers landed every day on Greek Aegean islands close to the coast of Turkey.

Arrival numbers have since plunged following the EU-Turkey deal, in which Ankara agreed to take back Syrian migrants arriving in Greece in exchange for billions of euros in aid and visa-free European travel for Turkish citizens.

Around 13,500 people requested asylum in Greece in the first five months of 2016, of whom 677 were granted refugee status, the country's asylum agency said Wednesday.

The number of those granted asylum in Greece is set to rise because many applications have yet to be examined, according to the country's asylum agency.

In 2015, a year that saw a surge in people fleeing conflict and poverty in the Middle East, with most passing through the Greek islands, Athens granted asylum to 3,647 people, three times the 2014 number and 16 times the figure for 2013.

In all, some 57,000 migrants have been blocked in Greece since the closure in March of the neighbouring European borders. Some 9,600 of them are stranded on the Aegean islands.