Agencies use cranes to deliver aid to 75,000 Syrians stuck on Jordan's closed border 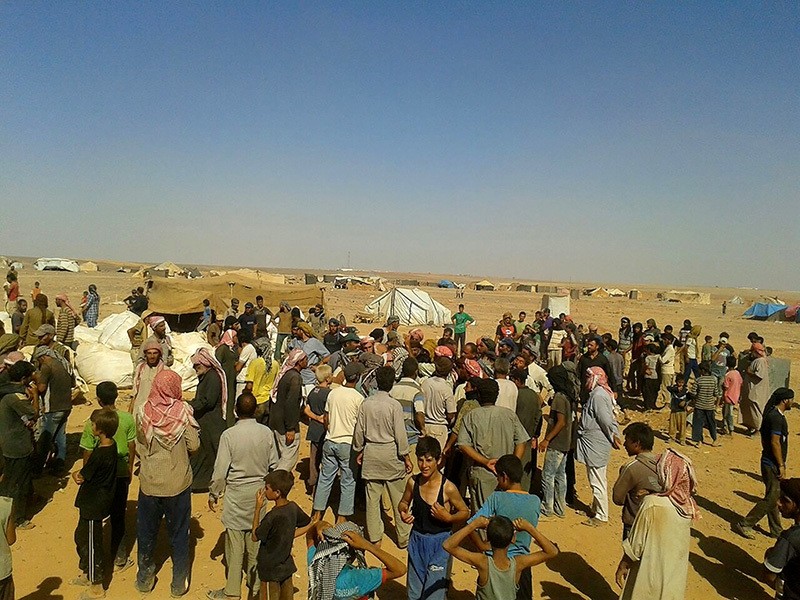 People gather to take basic food stuffs and other aid from community leaders charged with distributing equitably the supplies to the 64,000-person refugee camp called Ruqban on the Jordan-Syria border. (AP Photo)
by Associated Press Aug 04, 2016 12:00 am

Aid agencies say they have delivered a month's worth of food and supplies to more than 75,000 Syrians stuck on Jordan's sealed border, using cranes to lift bags from the Jordanian side over an earthen barrier along the frontier.

The World Food Program said on Thursday that 650 metric tons of goods were sent to two desert camps this week.

It says the operation was unprecedented because of the use of cranes and Jordanian army drones monitoring the distribution.

The one-off shipment is meant to ease harsh conditions in the camps, housing mostly women and children.

Jordan says it won't reopen the border it closed after a June 21 attack by Islamic State extremists. The international community hasn't found an alternative to what once were regular aid deliveries from Jordan.