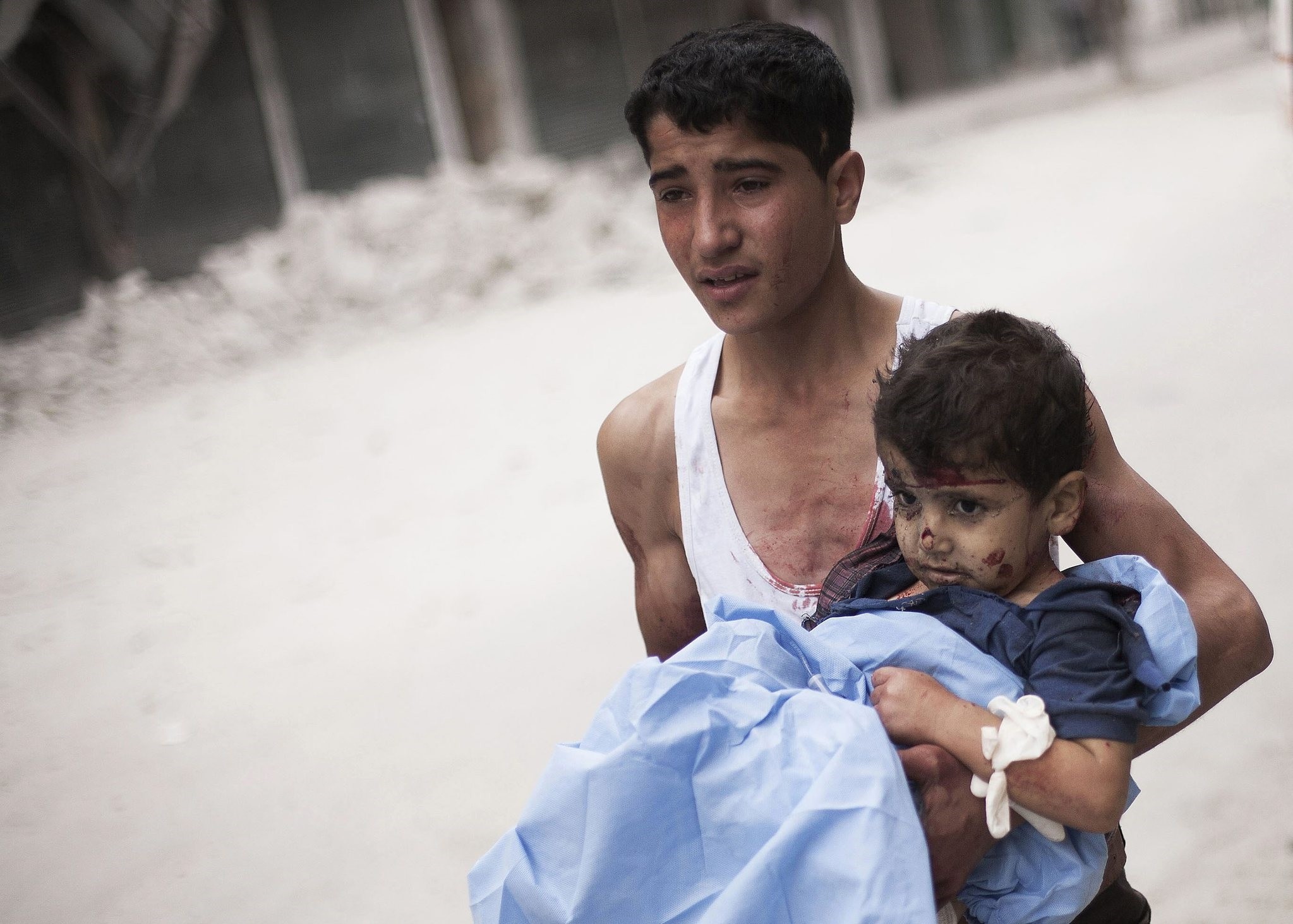 Doctors in Syria's Aleppo made a heart-wrenching plea Thursday for the U.S. to help civilians in the city, hit by fresh fighting despite a promised Russian aid window.

Even as Moscow pledged to pause strikes around the divided second city, it carried out raids further east on the Daesh bastion of Raqqa that a monitor said killed 24 civilians.

A longtime ally of the regime in Damascus, Russia has provided air cover for pro-regime forces for nearly a year, including in the escalating battle for Aleppo.

An estimated 1.5 million people still live in the battered city, including about 250,000 in rebel-held eastern districts.

Aleppo has been rocked by a recent surge in violence, with residents on both sides of the bloody front line living in fear of being trapped by renewed hostilities.

Doctors in the eastern half implored U.S. President Barack Obama on Thursday to protect civilians from repeated atrocities in their city.

"Unless a permanent lifeline to Aleppo is opened it will be only a matter of time until we are again surrounded by regime troops, hunger takes hold and hospitals' supplies run completely dry," the letter said.

Moscow said it would hold fire around the city for three hours daily starting Thursday to allow access for desperately-needed aid.

The pause would see "all military hostilities, aviation strikes and artillery strikes" stop between 0700 GMT and 1000 GMT for an unspecified period.

"There were clashes all night and throughout the morning," said Observatory head Rami Abdel Rahman.

Rebels and allied militants broke through a three-week regime siege of the city's eastern districts on Saturday, opening a new route for goods through the southern outskirts.

But an AFP correspondent in the eastern districts said trucks carrying food and other products were unable to enter the city Thursday because of intense bombardment.

But it made no mention of the "humanitarian windows" announced by Russia.

Further east, Russian raids hit the Daesh stronghold of Raqqa, killing at least 24 civilians and wounding 70 people, according to the Britain-based Observatory.

The monitor said another six people were also killed but it had not yet confirmed how many of them were civilians or Daesh militants.

The Russian defence ministry said the raids destroyed a "chemical weapons factory" on Raqqa's outskirts as well as a weapons storage facility and Daesh training camp to the north and southeast.

The ministry's statement said the militants suffered "significant material damages" in the strikes and that "a large number of fighters have been killed."

'We do not need tears'

Syria's conflict erupted in March 2011 and has since killed more than 290,000 people, forced millions to flee their homes, and has drawn in world powers on all sides of the war.

On Thursday, Turkey -- which has backed the moderate opposition against Bashar Assad -- offered regime ally Russia the possibility of joint operations against Daesh in Syria.

The offer came one day after crucial talks between President Vladimir Putin and Turkish counterpart Recep Tayyip Erdoğan aimed at ending a crisis in ties.

Signed by 15 of east Aleppo's 35 remaining doctors, the letter to Obama accuses Washington of inaction, saying it had seen "no effort on behalf of the United States to lift the siege or even use its influence to push the parties to protect civilians."

"We do not need tears or sympathy or even prayers, we need your action. Prove that you are the friend of Syrians," it said.

Dr Abu Al-Baraa, a paediatrician who signed the letter and spoke to AFP in the eastern districts, said he was forced to watch children "die in our arms" because of dwindling medical supplies and repeated bombardment.

"There were children that suffered from chronic diseases that need additional tests," he said.

"Because of our limited capability, we were forced to just watch the child die."