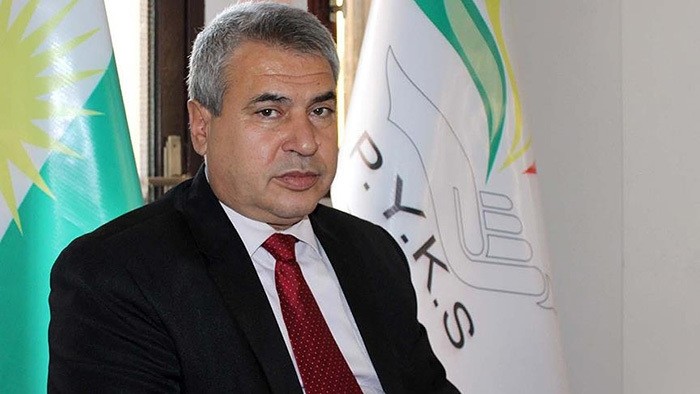 In exclusive comments to Anadolu Agency, Bıro said that the PYD was actively working against any group it considered a threat, while attempting to assert its control over northern Syria by using the fight against Daesh as a pretext.

"They're exploiting the [international] fight against the Daesh terrorist group to attack their opponents," he said.

In recent months, the PYD has reportedly indulged in the ethnic cleansing of areas under its control, arbitrarily detained its political opponents and forced local residents to fight on its behalf.

Bıro went on to assert that western countries tended to overlook rights breaches committed by the PYD in northern Syria -- a policy he said "facilitates the group's ongoing domination of the region".

He added that the Kurdish National Council -- a coalition of Syrian Kurdish parties generally at odds with the PYD -- had documented evidence of the PYD's violations.

"We plan to submit this evidence to foreign diplomats based in Erbil," he said, referring to the administrative capital of Iraq's semi-autonomous Kurdish region.

"We will not remain silent about the PYD's aggression against our people," he added.

"The Kurds of Syria didn't revolt against Damascus just to bring another dictator," Bıro said, vowing to "expose all the PYD's crimes".

He went on to urge western countries -- particularly the U.S. -- to "reconsider" their support for the PYD, stressing that the latter was "not the only armed force in the region".

"There are also Syrian peshmerga forces -- loyal to the Kurdish National Council -- that are more than ready to fight," he said.

Western countries, the Kurdish leader asserted, "are using the PYD to pursue their own agendas in Syria; but it will not continue like this forever".

"Our [peshmerga] forces in Iraq's Kurdish region will soon move to Rojava [in northern Syria]," he added, going on to warn: "The western countries will end up regretting their mistakes."

According to Bıro, Syria's Kurds "will never surrender to the PYD's dictatorial views and methods".

"Our people have never followed the PYD or taken a pro-PYD stance," he said. "The group may have weapons and money, but most of the people don't share their ideology."

After being held for six hours at a PYD camp on the Turkish-Syrian border, he was released by his captors near Syria's border with Iraq.

Bıro also spoke to Anadolu Agency immediately after his brief stint in captivity, during which, he said, no senior PYD members had come to see him.

Rather, he said, he was held by rank-and-file PYD fighters who had threatened to "mutilate and kill" him if he ever dared come back to Syria.

Yet despite the threats, Bıro expressed defiance.

As for the reason behind his brief abduction, Bıro said that the PYD viewed Syria's Kurdistan Democratic Party (KDP) -- a component of his Kurdish National Council -- as a "threat".

Syria's KDP is an affiliate of the party of the same name based in Iraq's Kurdish region, which is led by Massoud Barzani, president of Iraq's Kurdish Regional Government.

On Tuesday, hundreds of Kurdish residents of Al-Hasakah's Qamishli district demonstrated against what they described as the PYD's oppressive policies, including Bıro's brief abduction last weekend.

Protesters waved placards bearing anti-PYD slogans and condemned the group's recent activities in northern Syria, according to local sources who spoke to Anadolu Agency on condition of anonymity due to fears for their safety.

The same sources alleged that PYD militants were currently holding at least 30 members of Syria's Kurdish National Council after abducting them in Al-Hasakah.