US-Russia talks on Syria coming to a close, Kerry says 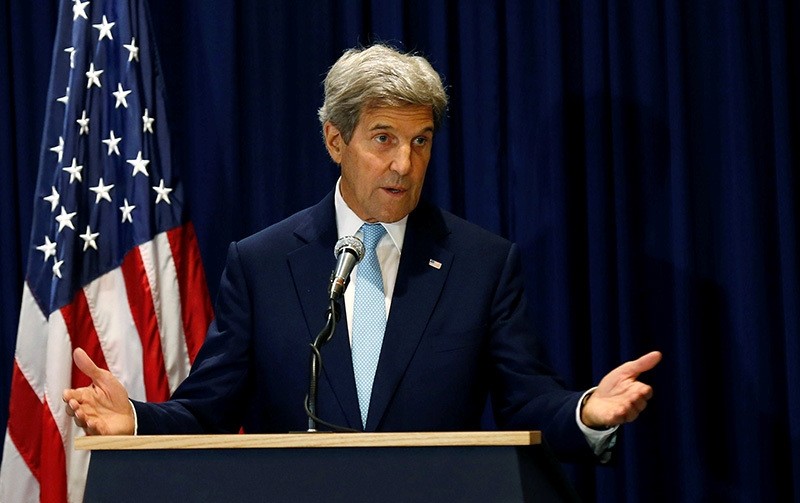 U.S. Secretary of State John Kerry said on Monday talks between the United States and Russia on military cooperation in the fight against Daesh in Syria were nearing an end, with technical teams meeting this week to discuss details.

"We are in indeed engaged currently in ongoing conversations, and it is my hope that we are reaching the end of those discussions one way or another," Kerry told a news conference during a visit to Kenya.

"In the next days our team will meet this week, and depending on where those discussions go, it is very possible, very likely, that Foreign Minister (Sergei) Lavrov and I would meet," he said.

"But that decision has to be made on the basis of where we are in the next couple of days."

Kerry said the "Syrian travesty" had gone on for too long and it was imperative that powers supporting the Syrian regime, - Russia and Iran - and those backing the opposition - the United States and its Middle East partners - came together to end the fighting.

Kerry's proposal would have Washington and Moscow share intelligence to coordinate air strikes against the al Qaeda-affiliated Nusra Front and prohibit the Syrian air force from attacking moderate rebel groups.

Meanwhile, Iran said on Monday Russia had stopped using an Iranian air base for strikes in Syria, bringing an abrupt halt to an unprecedented deployment that had been criticized both by the White House and some Iranian lawmakers.

In his first comments on Russia's use of the base, Kerry said: "You'll have to ask the Iranians and the Russians why they made whatever decision they made to something I'm not sure anybody had admitted previously was in fact going on."