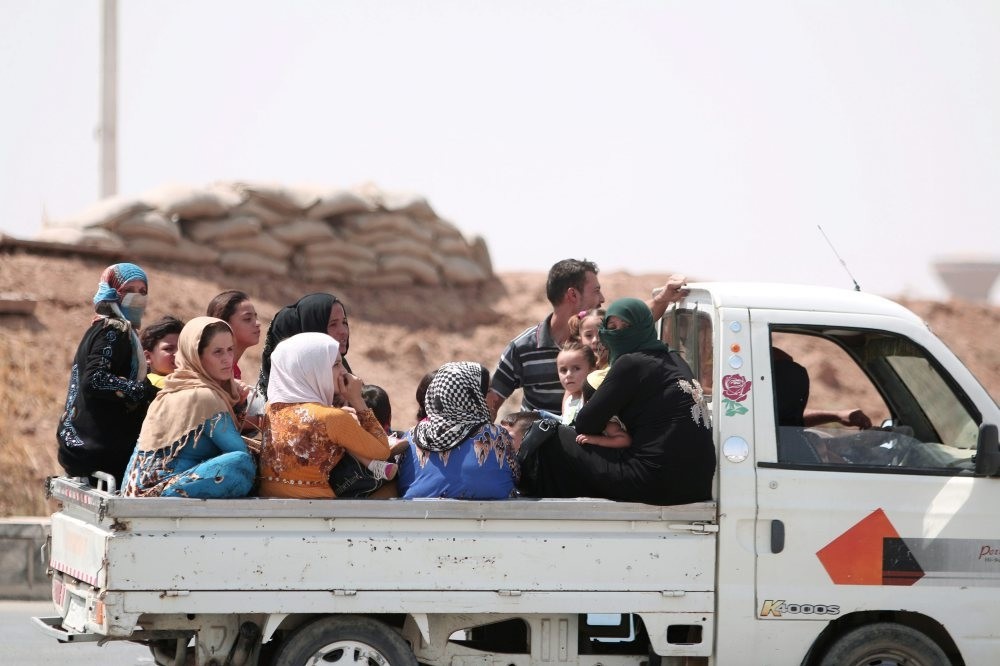 The Syrian affiliate of the PKK terrorist organization, the Democratic Union Party's (PYD) armed wing the People's Protection Units (YPG) launched a major assault Monday to seize the last government-controlled parts of the northeastern Syrian city of Hasakah after calling on pro-government militias to surrender.

Residents said the YPG began the offensive after midnight to take the southern district of East Nashwa, close to where a security compound is located, near the governor's office.

The fighting this week in Hasakah marks the most violent confrontation between the YPG and Damascus in more than five years of civil war. It forms part of a broader battle for control of the long border area abutting Turkey.

After a morning lull in fighting, fierce clashes broke out again across the city, the Syrian Observatory for Human Rights said. YPG militia have captured almost all of east Ghwairan, the only major Arab neighborhood still in government hands.

The Syrian army deployed warplanes against the YPG for the first time during the war last week, prompting a U.S.-led coalition to scramble aircraft to protect American special operations ground forces. War planes were seen in the skies above Hasakah again on Monday, but did not drop bombs, the Observatory said.

Syrian state media accused the YPG-affiliated security force known as the Asayish of violating a cease-fire and said its members had torched government buildings in Hasaka. It accused the Asayish of igniting the violence through escalating "provocations," including the bombing of army positions in Hasaka, and said the Asayish aimed to take control of the city.

The YPG denied it had entered into a truce. It distributed leaflets and made loudspeaker calls across the city urging army personnel and pro-government militias to hand over their weapons. "To all the elements of the regime and its militias who are besieged in the city, you are targeted by our units," leaflets distributed by the YPG said. "This battle is decided and we will not retreat ... We call on you to give up your weapons or count yourselves dead."

The complete loss of Hasakah would be a big blow to Syria's Bashar Assad's government and would also dent efforts by Moscow, which had sought through a major military intervention last year to help Damascus regain lost territory and prevent new opposition gains.

The YPG have expanded their control of the city despite the bombing of several locations by Syrian jets. Thousands of civilians in the ethnically mixed city, including members of the Christian community, have fled to villages in the countryside as the fighting intensified, residents said.

Hasakah's population, swelled by displaced Syrians fleeing areas that fell under DAESH control, is broadly divided along ethnic lines, with Kurds mainly in the city's eastern neighborhoods and Arabs in the southern parts.

Ankara has frequently voiced its concern over YPG activity along the Turkish border and has been rigid in its stance to not allow the PYD militant group to found any de facto Kurdish state in northern Syria. Turkey claims the PYD enjoys close connections with the PKK terrorist organization, including militant and ammunition support through underground tunnels.
RELATED TOPICS