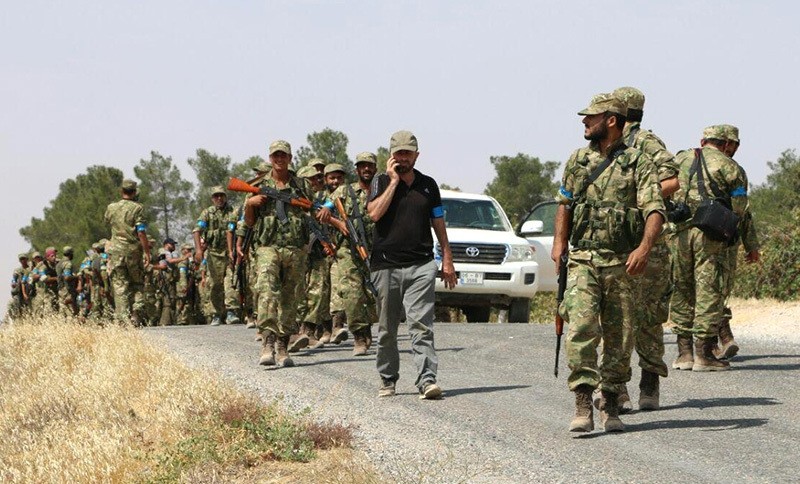 Turkish units crossing the border for the operation to liberate the northern Syrian town of Jarablus from the Daesh terrorist group were welcomed by the Free Syrian Army's (FSA) Turkmen fighters.

The fighters, photographed by media groups before crossing the border into Syria, were seen wearing red and blue armbands.

Experts stated in order to identify the fighters and prevent friendly fire, they decided to wear arm bands.

According to military sources, FSA captured four villages located some five kilometers west of Jarablus as part of the "Euphrates Shield" operation.

A statement from the FSA indicated that the group was taking action in order to free Jarablus.

The number of FSA fighters advancing towards Jarablus is said to be around 2,000.