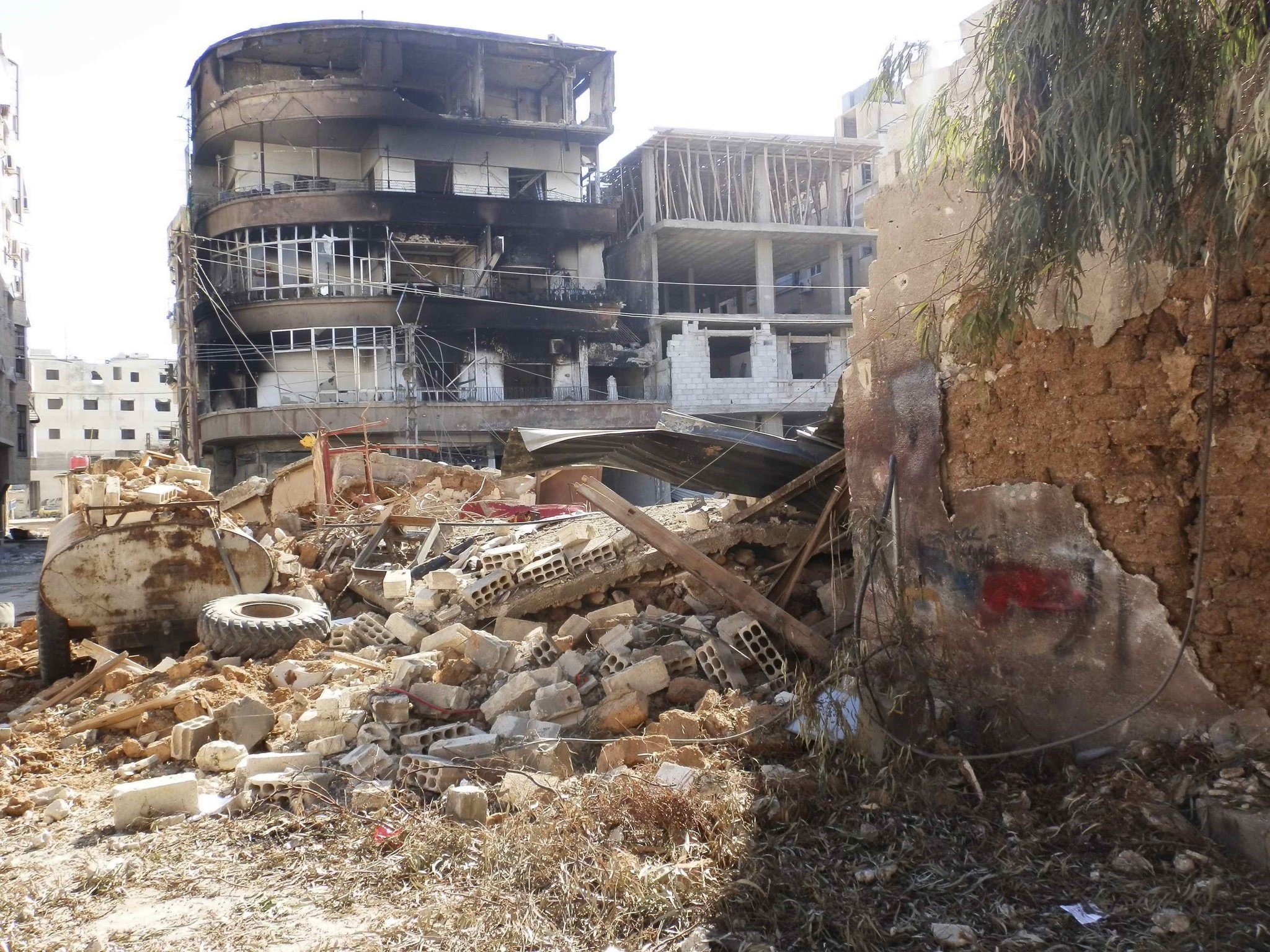 A view of rubble and damaged buildings in Daraya after what activists said was shelling by forces loyal to Syria's Assad in Daraya February 4, 2013. (Reuters Photo)
by Daily Sabah with AP Aug 25, 2016 12:00 am

Buses, ambulances and trucks have lined up at the entrance of a blockaded Damascus suburb to evacuate rebels and civilians under a deal struck between the Syrian rebels and the government.

The surrender of the Daraya suburb marks a success for Bashar Assad's regime, removing a threat only a few miles from his seat of power.

Daraya's rebels agreed to evacuate in a deal late Thursday, after four years of grueling bombardment and a crippling siege that have left the sprawling suburb in ruins.

The evacuations are to begin later Friday.

The government is to allow 700 gunmen safe passage out of Daraya and let them head to the opposition-held northern province of Idlib. Around 4,000 civilians will be taken to shelters in and around Damascus.

The evacuation would start on Friday and last for two or three days, said Captain Abu Jamal on Thursday, the head of the Liwa Shuda al Islam, the biggest of two main opposition groups inside Daraya.

Syria's regime has surrounded rebels in Daraya since 2012. It has become one of the most heavily-bombed opposition-held areas in the five-year conflict.