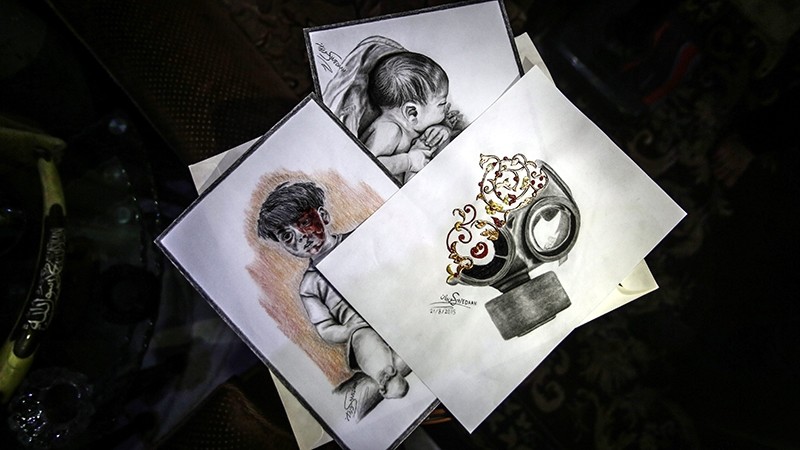 A picture made available on 22 August 2016 showing artwork by Akram abu al-Foz, A Syrian artist, for the memory of the chemical attack on Ghouta, in Douma. (EPA Photo)
by Compiled from Wire Services Aug 25, 2016 12:00 am

A UN investigation established that Bashar Assad's forces carried out at least two chemical attacks in Syria and that Daesh terrorists used mustard gas as a weapon, according to a report seen by AFP on Wednesday.

The panel was able to identify the perpetrators of three chemical attacks carried out in 2014 and 2015, but was unable to draw any conclusions in the other six cases that it has been investigating over the past year.

The Syrian Network for Human Rights (SNHR) had said Monday that it has documented 139 chemical attacks in Syria since September 2013 when the U.N. Security Council issued resolution 2118 for dismantling Syria's chemical weapons arsenal.

Syria's five-year civil war has left at least 500,000 dead and more than 11 million displaced from their homes, according to the UN