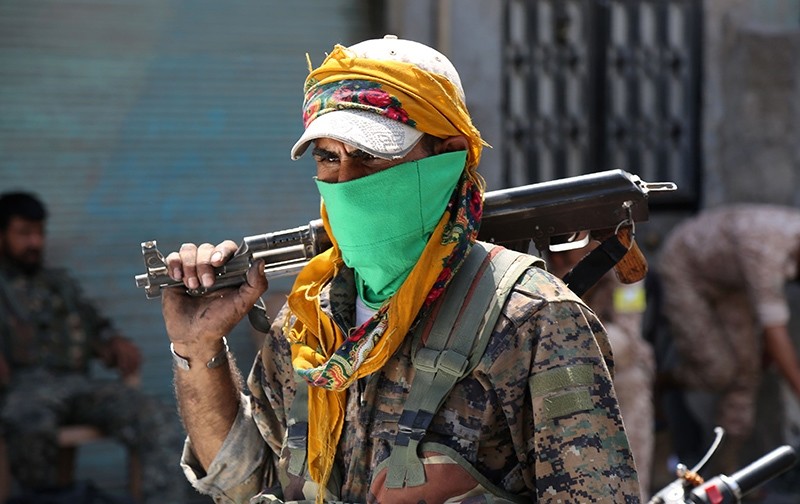 Manbij, a key city located on the west bank of the Euphrates River, was captured by the YPG-dominated Syrian Democratic Forces (SDF) alliance in a U.S.-backed offensive this month against Daesh.

Sources told Reuters that trucks and minibuses loaded with weapons, equipment and personnel were moving westward in northern Syria, leading them to believe that the YPG was reinforcing Manbij.

"There are reinforcements, but not by the YPG because the YPG is situated east of the Euphrates," Ibrahim Ibrahim, head of the Rojava Media Office, told Reuters.

Last week a spokesman for the YPG said its fighters had withdrawn from the Manbij area, insisting that the YPG's presence could not be used as a pretext for an attack.

But FSA offensives on Sunday cleared YPG militants from the villages of Amarne, Ayne, Beyda, Dabis, Balaban, Khirnet, Kirk Magar, Balveren and Cubel Kus, demonstrating that the PKK-linked group does in fact still have a presence to the west of the Euphrates River, failing to heed the calls of the U.S., a YPG supporter despite its known links to the PKK.

An FSA commander said on Sunday that Turkey-backed forces aimed to capture the city from the YPG.

Turkey and FSA forces backed by the country seized territory controlled by YPG mlitants on Sunday, the fifth day of a cross-border campaign. Seven YPG fighters and a large number of ammunition left by the terrorists were captured in the operations.

Turkish warplanes roared into northern Syria at daybreak on Sunday and artillery pounded what security sources said were sites held by the YPG, after the Syrian Observatory for Human Rights reported intense fighting overnight around two local villages.

Turkey says 25 YPG militants were killed in its air strikes and denies that there were any civilian casualties.