Iraq, Syria not to 'be put back together again, CIA Chief says 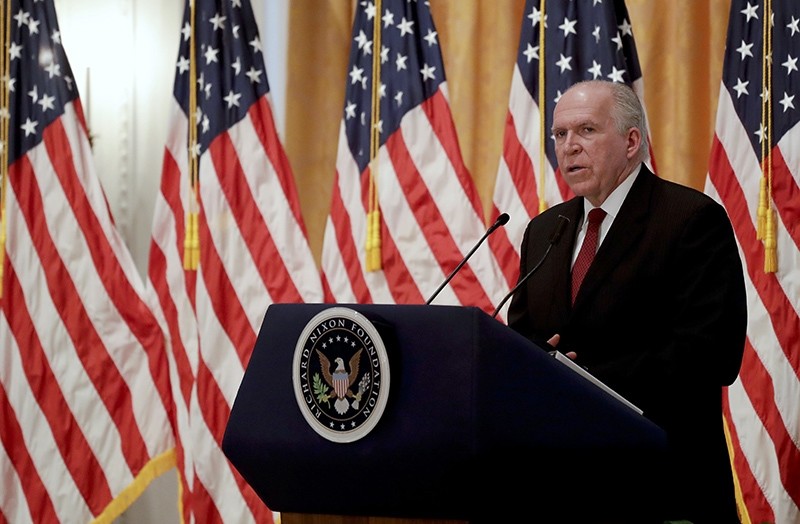 Iraq and Syria have been so thoroughly damaged by warfare, sectarian conflict and killing that it is unclear they "can be put back together again," CIA Director John Brennan said. In an interview this week with the CTC Sentinel, a publication from the West Point military academy's Combating Terrorism Center, the head of the Central Intelligence Agency said the current system of governance in the two countries might change altogether.

"I don't know whether or not Syria and Iraq can be put back together again. There has been so much bloodletting, so much destruction, so many continued, seething tensions and sectarian divisions," Brennan said. "I question whether we will see, in my lifetime, the creation of a central government in both of those countries that's going to have the ability to govern fairly." He added that he could envision some type of a federal structure governing autonomous regions.

Brennan also described how DAESH is now collaborating in Yemen with rivals al-Qaida to fight common enemies, such as the Iran-backed Houthi rebels and Arab coalition-backed government forces. Yemen is of crucial importance for the U.S., as the country is home to one of their worst enemies, al-Qaida's deadliest franchise, the AQAP, which has orchestrated numerous high-profile terrorist attacks, including claiming responsibility for the Charlie Hebdo massacre in Paris. Since 2002, the U.S. has been conducting counterterror strikes and operations against radical militants as part of U.S. national security policy.

"The farther away you get from that [DAESH] heartland of Syria and Iraq, the more likely you're going to see collaboration between al-Qaida elements, [DAESH] elements, and others," he said. "We see it right now in Yemen...There are indications that, in fact, they are working together."

Apart from Iraq and Syria, Libya's collapse into a chaotic mess of competing militias, since the overthrow and death of dictator Moammar Gadhafi, has made it an ideal stomping ground for DAESH. DAESH fighters gradually built up control of several towns that were of minimal interest to other militias, most notably Gaddafi's coastal hometown of Sirte, east of Tripoli.

Libya not only offers an alternative base if the group is forced out of Syria and Iraq, but experts also fear it could take advantage of tribal conflicts to expand south into the Sahel desert region of central Africa, particularly Chad, Niger and Sudan.
Last Update: Sep 09, 2016 4:24 pm
RELATED TOPICS