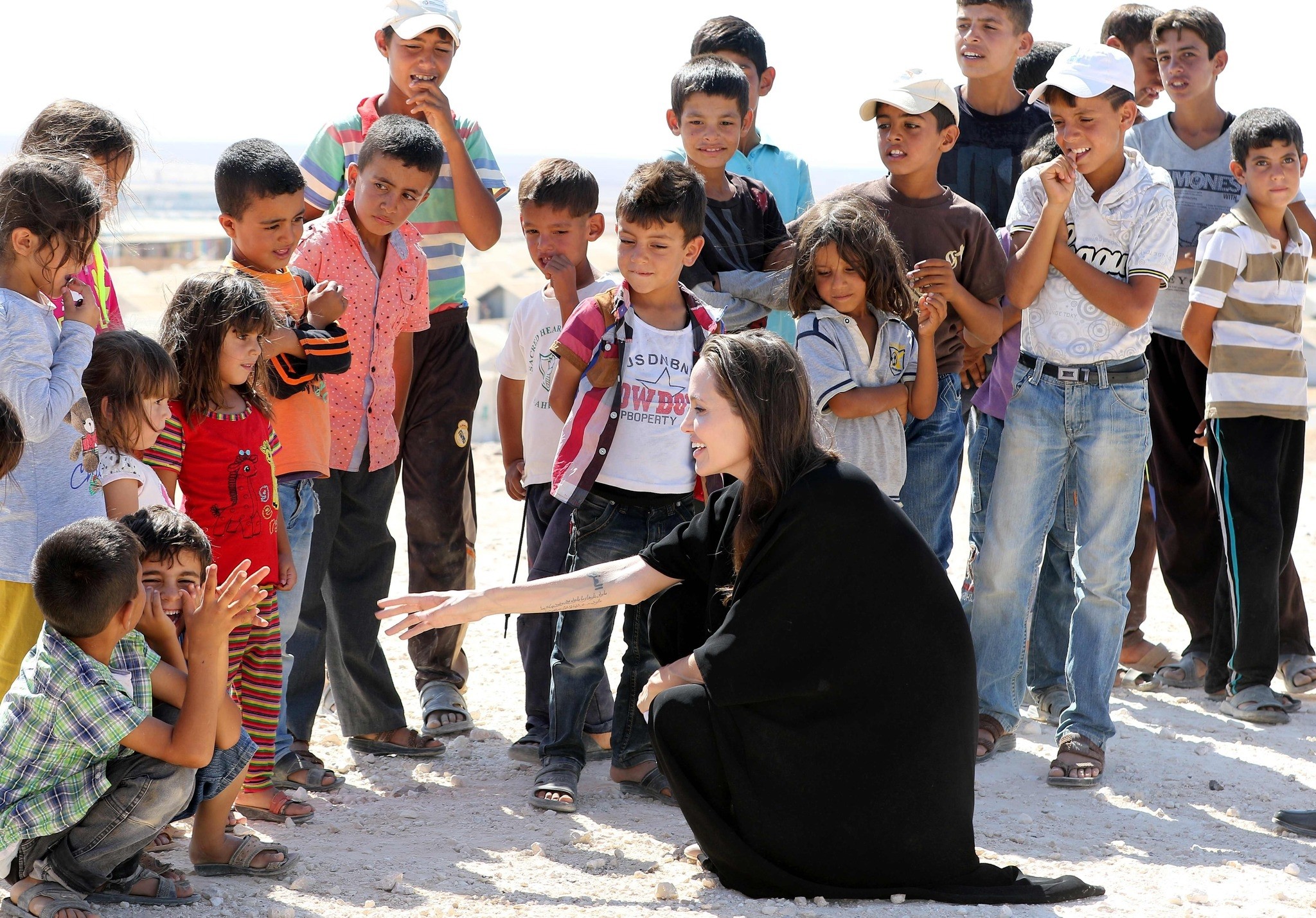 World leaders should put finding an end to the war in Syria at the centre of their discussions at the United Nations General Assembly in New York this month, actor Angelina Jolie said during a visit to a refugee camp in Jordan on Friday.

"Ask the fundamental question of what are the root causes of the Syrian conflict and what will it take to end it," she said at the Azraq refugee camp, which she visited in her role as a special envoy for the U.N. High Commission for Refugees.

Syria's five-year-old civil war has killed hundreds of thousands of people and displaced 11 million, half the country's pre-war population, including many who have fled overseas, sparking a refugee crisis in the Middle East and Europe.

"Besides the millions trapped inside Syria whose lives are at risk daily, 75,000 Syrians are stranded in the berm, a no-man's land on the Jordanian border, including children, pregnant women and gravely ill patients. They have had no food since early August, there is next to no humanitarian access," she said.

However, world powers are divided over how to end the crisis in Syria, with Russia giving military aid to President Bashar al-Assad and the United States and some Western European countries helping rebels seeking his downfall.

Within the Middle East, Iran and Shi'ite militias from Lebanon and Iraq back Assad, while Turkey and Gulf Arab states including Saudi Arabia and Qatar support the opposition.

On Friday U.S. Secretary of State John Kerry and Russian Foreign Minister Sergei Lavrov resumed negotiations in Geneva aimed at finding a ceasefire deal to allow humanitarian access in Syria after two other meetings in the past three weeks.