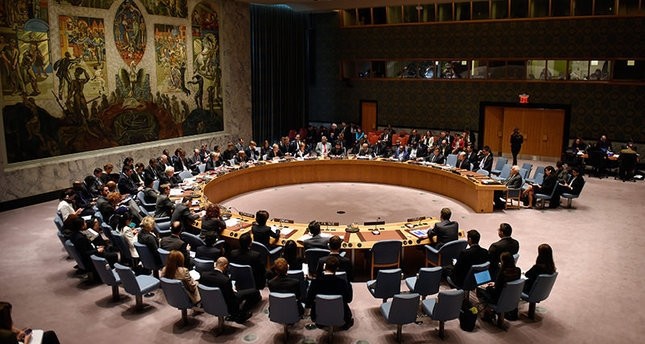 Russia wants an emergency meeting of the U.N. Security Council to discuss air strikes by U.S.-led forces on Assad regime soldiers near Deir al-Zor, a spokeswoman for the Russian Foreign Ministry said on Saturday.

The UNSC will meet on Saturday at the request of Russia, diplomats said, to discuss the air strikes by the U.S.-led coalition, which Moscow said had targeted and killed Assad regime military personnel.

Maria Zakharova said the strikes, which the Russian Defence Ministry had said killed 62 Syrian soldiers, jeopardized a Russian-U.S. agreement on Syria and looked like evidence that Washington was helping Daesh militants.

"We are reaching a really terrifying conclusion for the whole world: That the White House is defending Islamic State. Now there can be no doubts about that," the RIA Novosti news agency cited Zakharova as telling the Rossiya-24 TV station, using another acronym for Daesh.

"We demand a full and detailed explanation from Washington. That explanation must be given at the U.N. Security Council."

Such a move is unlikely as statements by the council have to be agreed by consensus.

Russia is a key ally of Bashar Assad and has been carrying out airstrikes on behalf of his forces since last year.