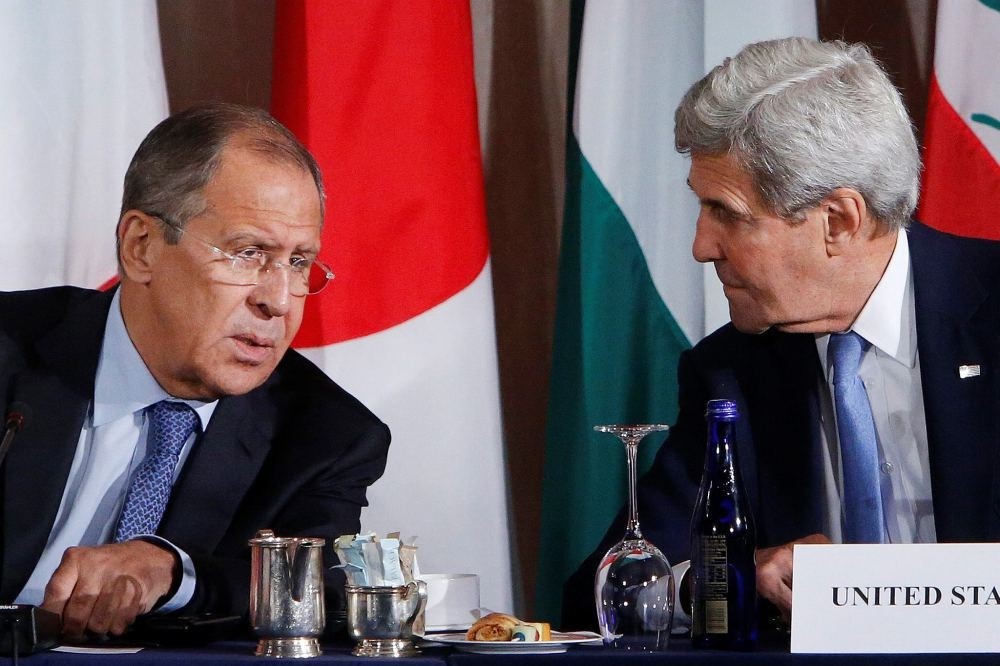 Coupled with a Russian announcement to put on hold a plutonium disposal deal with the U.S., chilly relations between the former Cold War foes turns even frostier after the U.S. halted Syria talks with Russia

Relations between the United States and Russia plummeted Monday as Washington suspended diplomatic contacts with Moscow over failed efforts to end the war in Syria and Russian President Vladimir Putin put on hold a deal with the U.S. on disposing weapons-grade plutonium.

The two decisions, announced in their respective capitals just hours apart Monday, were ostensibly unrelated but underscored deep mistrust and rising tensions between the former Cold War foes, who are increasingly at odds on a number of issues, particularly Syria and Ukraine.

President Vladimir Putin on Monday suspended a deal with the United States on the disposal of weapons-grade plutonium, once a symbol of U.S.-Russian rapprochement. Putin's decree cited as reasons for Moscow's move the "emerging threat to strategic stability as a result of U.S. unfriendly actions," as well as Washington's failure to meet its end of the deal. It said, however, that Russia will keep the weapons-grade plutonium covered under the agreement away from weapons programs.

The United States will not abandon its pursuit of peace in Syria after suspending direct U.S.-Russian talks on a cease-fire, U.S. Secretary of State John Kerry said Tuesday, even as he announced no new strategy to replace diplomatic efforts with Russia. Washington and Moscow will still discuss Syria as part of larger multilateral negotiations, Kerry said, and they'll make sure their warplanes conducting bombing missions in the Arab country don't cross paths. Explaining Monday's announcement to halt bilateral contacts over Syria, he said Russia has rejected diplomacy and chosen instead to help President Bashar Assad's regime achieve a military victory over opposition groups.

"We acknowledge in sorrow and, I have to tell you, a great sense of outrage that Russia has turned a blind eye to Assad's deplorable use of these weapons of war, chlorine gas and barrel bombs, against his people," Kerry said in a speech focused on trans-Atlantic ties at an event hosted by the German Marshall Fund in Brussels.

The White House and State Department said Monday there was no point to the bilateral discussions any longer because Russia hasn't lived up to a Sept. 9 agreement that included a demand for unfettered humanitarian aid to places like Aleppo, which has been under Russian and Syrian bombardment. They pointed to Russian attacks on hospitals and on an aid convoy last month; Russia and Syria deny they were responsible for the deadly Sept. 19 strike on the convoy.

The UN rights chief on Tuesday called for action to halt the tragedy unfolding in Syria's Aleppo, and urged the Security Council to introduce a limit on its members' veto power. "Faced with such a ghastly avalanche of violence and destruction, extraordinary steps must be taken," Zeid Ra'ad Al Hussein said in a statement, condemning the killing of 100 children in 10 days in rebel-held eastern Aleppo.

"The UN Security Council should, without any further delay, adopt criteria to restrain members from using the veto when there are serious concerns that war crimes, crimes against humanity or genocide may have been committed," he said. Limiting the veto power of the five permanent members of the Security Council, he said, would make it possible to refer the situation in Syria to the International Criminal Court in The Hague.
Last Update: Oct 05, 2016 1:19 am
RELATED TOPICS