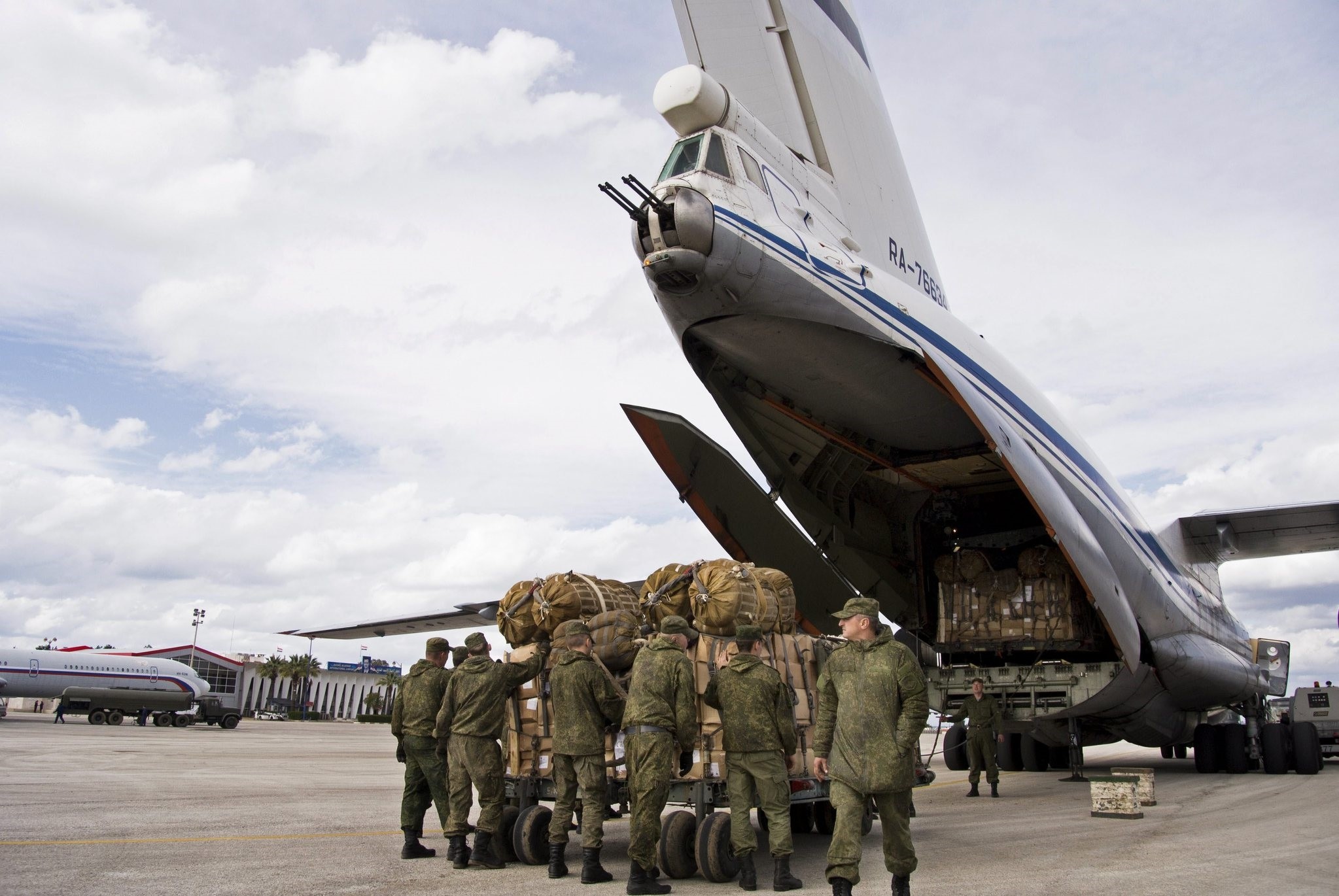 Russian air force personnel prepare to load humanitarian cargo on board a Syrian Il-76 plane at Hemeimeem air base in Syria. ((AP Photo)
by Daily Sabah with DPA Oct 07, 2016 12:00 am
Russia's lower house of parliament on Friday ratified an agreement presented by Russian President Vladimir Putin to indefinitely station combat aircraft and soldiers in Syria.

The deal was created last year by Moscow and Damascus and stipulates impunity for Russian servicemen and the ability to freely transport weaponry and munitions in Syria.

Russia is a major ally of embattled regime leader Bashar al-Assad and has been bombing opposition groups in the war-torn country for more than a year.

Russia has two military bases in coastal Syria, the Khmeimim airbase in the province of Latakia and a naval facility in the port city of Tartus.
Last Update: Oct 07, 2016 5:23 pm
RELATED TOPICS