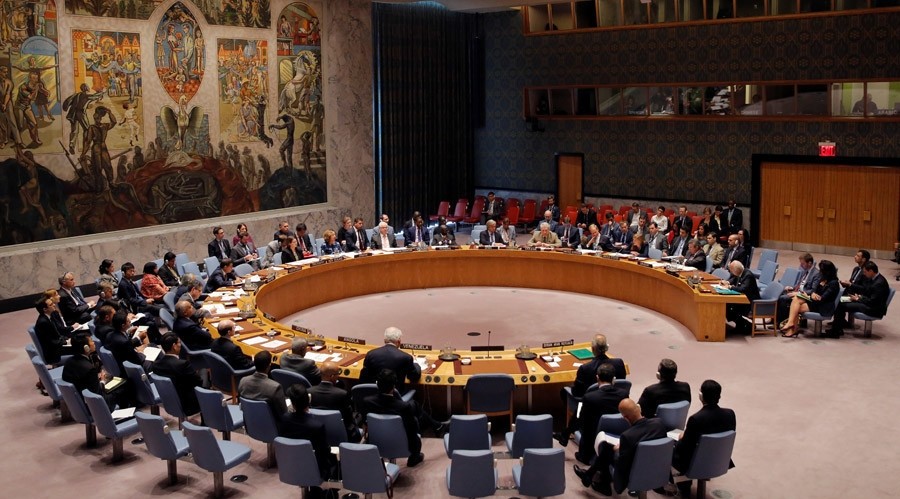 The United Nations Security Council on Saturday rejected both Russian and French-drafted resolutions, one calling for a separation of moderate and extremist forces in Syria while the other urging a ceasefire in Aleppo, respectively.

The Russian measure was defeated by a vote of nine against, including Britain, France and the United States, four in favor and two abstentions in the 15-member council.

The draft text presented by France won 11 votes in favor, but there were two votes against -- including Russia -- and two abstentions, notably from veto-holder China

It was the fifth time that Moscow used its veto to block UN action to end the five-year war in Syria, which has claimed 300,000 lives.

French Foreign Minister Jean-Marc Ayrault had urged the Security Council to take immediate action to save Aleppo from being destroyed by the Russia-backed Syrian bombing campaign.

The council "must demand immediate action in order to save Aleppo," Ayrault said ahead of the vote.

"What is at stake today is first and foremost the fate of Aleppo and its people," Ayrault told the council.

"But it's more than that -- it's the hope of establishing at last an end to a conflict for which we are all, all of us, paying the catastrophic consequences."

In a message directed at Russia, Ayrault said any country that opposes the French measure will "give Bashar Assad the possibility of killing even more."

Moscow submitted a draft resolution of its own, which also urged for the end of violence in Aleppo but with an emphasis on continued fight against terrorists, the term used by Russia and the Syrian regime in reference to all groups opposed to the Bashar Assad.

"There can be no justification for aerial attacks that indiscriminately hit civilians, their homes and their hospitals," he told the Security Council.

After the failure of the French resolution, the one tabled by Moscow, which was limited to humanitarian aid and did not stipulate an end to Aleppo bombings, was shot down collectively by Western powers.

Since Sept. 19, when the Bashar Assad regime announced the end of a weeklong truce sponsored by Washington and Moscow, regime and Russian warplanes have pounded opposition-held parts of Aleppo.

At least 250,000 people are living under siege in east Aleppo, and facing almost-daily heavy bombing since the Russian-backed Syrian army launched an offensive to retake the city last month.

Russia and Venezuela voted against the French resolution, while China and Angola abstained.