Any change in Mosul’s demography may lead to a new civil war, PM Yıldırım warns 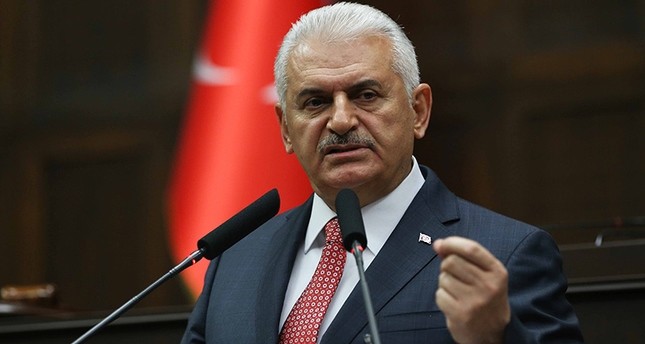 by Daily Sabah with AA Oct 09, 2016 12:00 am
Prime Minister Binali Yıldırım warned Sunday that a possible change in Mosul's demography may lead to serious circumstances in the Iraqi city.

"Mosul belongs to the people of Mosul. Do not let outsiders in and ruin the original demographic fabric of the city, which might lead to a new civil war. We follow this attentively," he said.

Explaining the reason why Turkish military units are stationed in the Camp Bashiqa, he said "Turkish military forces are training locals in fighting Daish, it is very clear."

"The U.S. has a plan [for an operation] led by the Iraqi government to clear the city of Daish elements. We say, we support this plan," he added.
Camp Bashiqa is located some 12 kilometers (7.46 miles) northeast of the Daish-held city of Mosul.

Last December, Turkey sent some 150 troops and about two dozen combat tanks to the camp.

The presence of Turkish troops has recently been criticized by Baghdad. Yıldırım has responded to the criticism, saying that Turkey's military presence in Bashiqa would continue in order to strengthen the fight against Daish, despite the Iraqi parliament mislabeling Turkish troops in the country as "occupiers" earlier this week.

Iraq has suffered a devastating security vacuum since mid-2014, when Daesh captured the northern city of Mosul and overran large swathes of territory in the northern and western parts of the country.

According to the UN, more than 3.4 million people are now displaced in Iraq -- more than half of them children -- while more than 10 million are in desperate need of humanitarian assistance.
Last Update: Oct 10, 2016 10:00 am
RELATED TOPICS