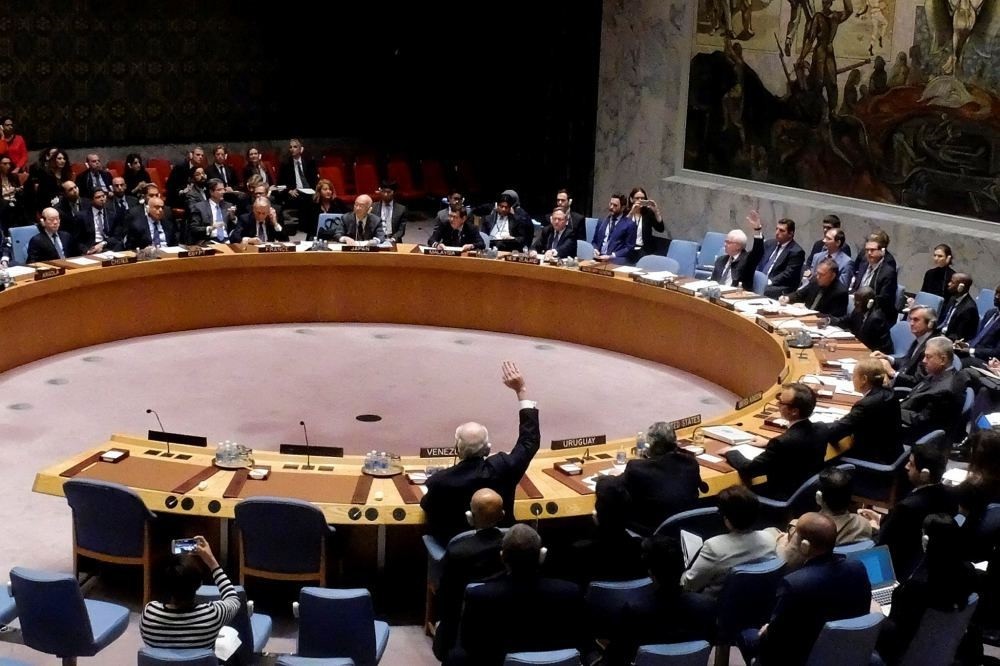 The U.N.'s most powerful body, which is charged with ensuring international peace, totally failed to take action to end the war in Syria as rival UN resolutions drafted by France and Russia were defeated in the Security Council

A divided United Nations Security Council failed to agree on two resolutions on Syria war over the weekend, offering no relief to the besieged city of Aleppo and leaving the key powers even more divided over a course of action in the war-ravaged country.

Russia vetoed a French-drafted resolution demanding an immediate halt to the bombing campaign that the Bashar al-Assad regime and Russia are carrying out against opposition-held districts in Aleppo. The Russian Foreign Ministry said on Sunday a draft French U.N. Security Council resolution on Syria would have helped opposition groups in the Aleppo area by protecting them from aerial bombing. In a statement, the ministry also said the French text was politicized and one-sided. "An explicit attempt was made, by banning flights in the Aleppo area, to provide cover for [Jabhat Fateh al-Sham and associated groups]," the ministry said.

France's draft called for an end to all military flights over Aleppo and to air strikes on the opposition-held east that has 250,000 inhabitants. "What is at stake today is first and foremost the fate of Aleppo and its people," France's Foreign Minister Jean-Marc Ayrault told the council, urging it to take "immediate action in order to save" the city. He compared Aleppo's likely fate to Guernica during the Spanish Civil War in the 1930s, Srebrenica during the Bosnian war and the Chechen capital Grozny which was pummeled by the Russian army in the mid-1990s.

The rival Russian draft which made no mention of a bombing halt was rejected because it failed to get the minimum nine "yes" votes needed for approval by the 15-member council. Russia's U.N. Ambassador Vitaly Churkin, the current rotating council president, said before the votes that members were engaging in "one of the strangest spectacles" in the Security Council, because they were meeting knowing that neither resolution would be adopted. "This waste of time is inadmissible," he said.

French resolution's adoption would have been the first where the Security Council decided on a course of action for a permanent council member without prior agreement, meaning that Russia would have been required to stop all flights and bombing of Aleppo. Churkin noted that activity in Aleppo had gone down on Friday and "we hope this is a trend that will continue."

Addressing to the reactions from Britain and the U.S., Russia's Churkin said he would not react to the "provocative rhetoric."

The votes reflected the deep divisions in the U.N.'s most powerful body which is charged with ensuring international peace and security but has totally failed to take action to end the more than 5-year Syrian conflict which has killed over 300,000 people and displaced millions. Both the French and the Russian resolutions urged immediate implementation of that agreement and "immediate, safe and unhindered humanitarian access throughout Syria." Many council members expressed dismay at the council's continued failure to end the suffering of the Syrian people.
RELATED TOPICS