International Syria talks to be held in London on Sunday, Oct. 16 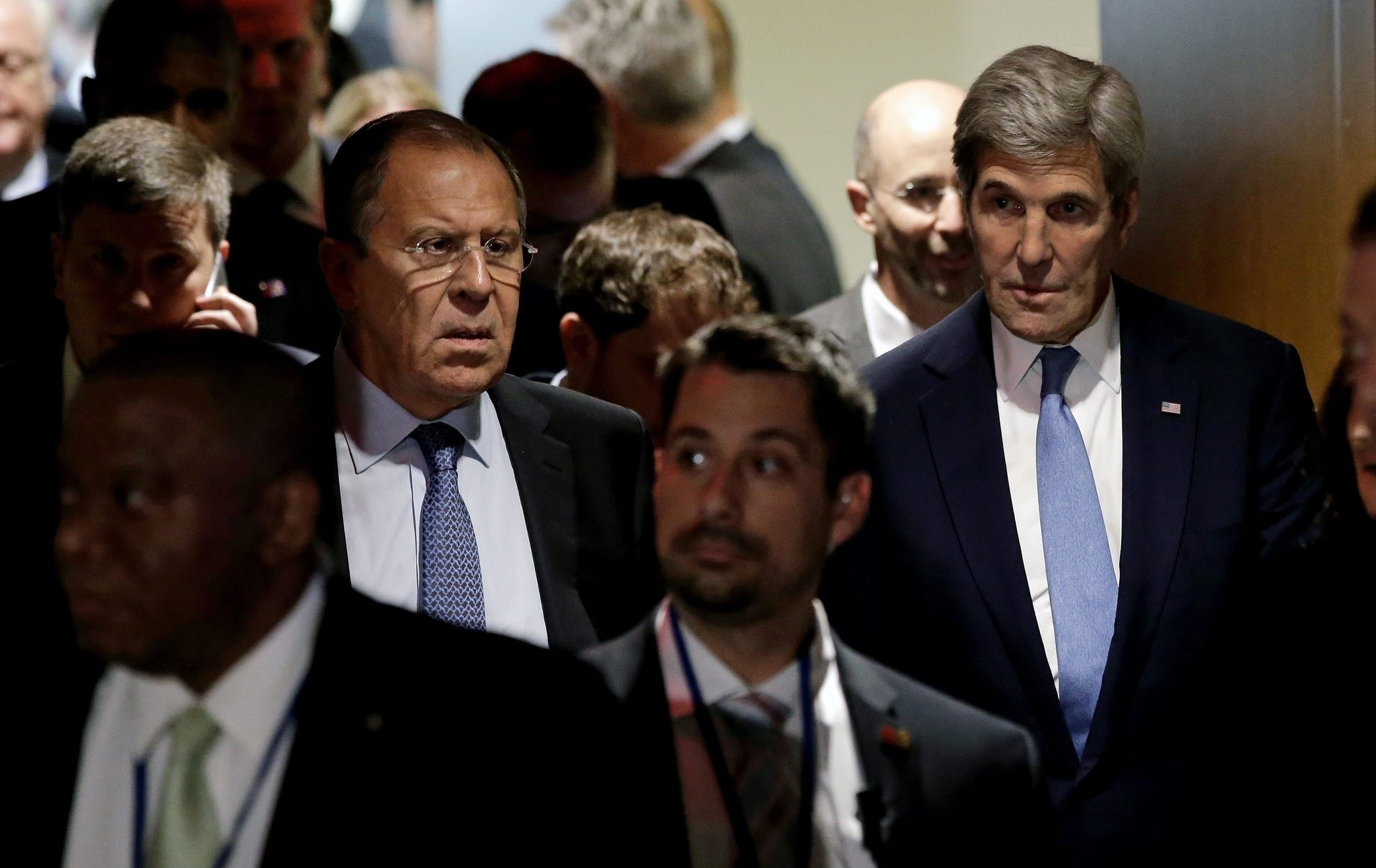 file picture dated 22 September 2016 shows John Kerry (R), US Secretary of State and Sergei Lavrov (C), Russian Minister of Foreign Affairs exiting after a meeting of the E3 + 3 in the security council chambers. (EPA Photo)
by Oct 12, 2016 12:00 am

A second international meeting on the deadly violence in Syria will take place Sunday in London, after talks in Switzerland the day before, the U.S. State Department said Wednesday.

U.S. Secretary of State John Kerry will attend both meetings to discuss "a multilateral approach to resolving the crisis in Syria, including a sustained cessation of violence and the resumption of humanitarian aid deliveries," his spokesman John Kirby said.

Saturday's meeting in Lausanne will bring Kerry together with Russian Foreign Minister Sergei Lavrov and "key regional partners," while Sunday's talks are likely to see Kerry briefing his European counterparts.

The meetings come after Syria was plunged into some of the worst violence it has seen, as regime forces backed by Russian airpower push a brutal assault on opposition-held eastern Aleppo and Washington pulled the plug on ceasefire talks with Moscow.