US, UK say they're considering sanctions on Syria, Russia over Aleppo siege 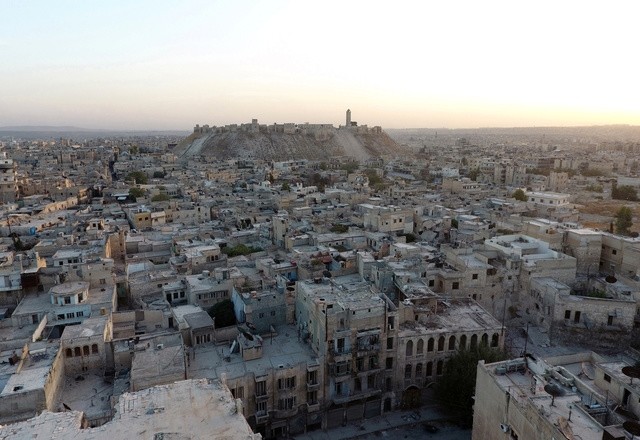 With military options all but eliminated, the United States and Britain on Sunday said they were considering new sanctions to pressure the Syrian and Russian governments to halt an offensive against opposition-held parts of Aleppo, Syria's largest city.

While the close allies said diplomacy was their primary focus, the tone was tougher than Saturday's message from U.S. Secretary of State John Kerry after he launched a new diplomatic effort to resolve the 5½-year civil war.

But the specific threats he brandished Sunday — from harsher economic penalties to international prosecution for alleged perpetrators of war crimes — have been raised repeatedly before.

"I haven't seen a big appetite from governments in Europe to declare war," he noted dryly after talks in London that included diplomats from France, Germany, Italy, Saudi Arabia, Qatar, Turkey, Jordan, the United Arab Emirates and the European Union. All oppose Syrian regime leader Bashar Assad's long-term control over his country and all are angry over a year-old Russian military intervention that has contributed to thousands of deaths and harrowing scenes of destruction in Aleppo.

Kerry and British Foreign Secretary Boris Johnson emerged from the discussions declaring that all options are on the table to stop the bloodshed. But they expressed misgivings with a military approach.

Kerry said countries have an obligation not to "light a fire" under a conflict that could expand into a larger regional war or one that draws in superpowers against one another. Johnson described the use of armed force as a drastic step.

The two appeared more affirmative when it came to the possibility of "ratcheting up" economic pressure on Syria and Russia, as Johnson described it.

He decried the "terrible, medieval siege" of the city, even as he expressed doubt about the ability of Syria and Russia to drive the opposition from Aleppo. More than 10,000 fighters remained in the rebel-held eastern part of the city, Johnson said, as well as a quarter-million civilians whose lives are at risk.

Johnson called on the U.S. and Europe to make Russia "feel the consequences" of their military campaign.

Kerry confirmed the U.S. was studying additional sanctions, and he accused Russia of participating in "crimes against humanity on a daily basis."

Kerry said Saturday that the result of the 4½-hour meeting was "exactly what we wanted" in terms of new ideas and a commitment to new talks in the coming days.

The statement mainly testified to low expectations after last month's quick collapse of a U.S.-Russian cease-fire, followed by the end of talks on U.S.-Russian a military partnership against Daesh and al-Qaida militants.

U.S. President Barack Obama and the Pentagon have made clear their opposition to any U.S. military strikes against Assad's military. The U.S. is uneasy with providing more advanced weaponry to the anti-Assad rebels because of their links to extremist groups.

The effect sanctions might have also is unclear. They failed to reverse Moscow's annexation of Ukraine's Crimea territory in 2014. And several of America's European partners have expressed unease over the prospect of having to impose new and possibly costly penalties.