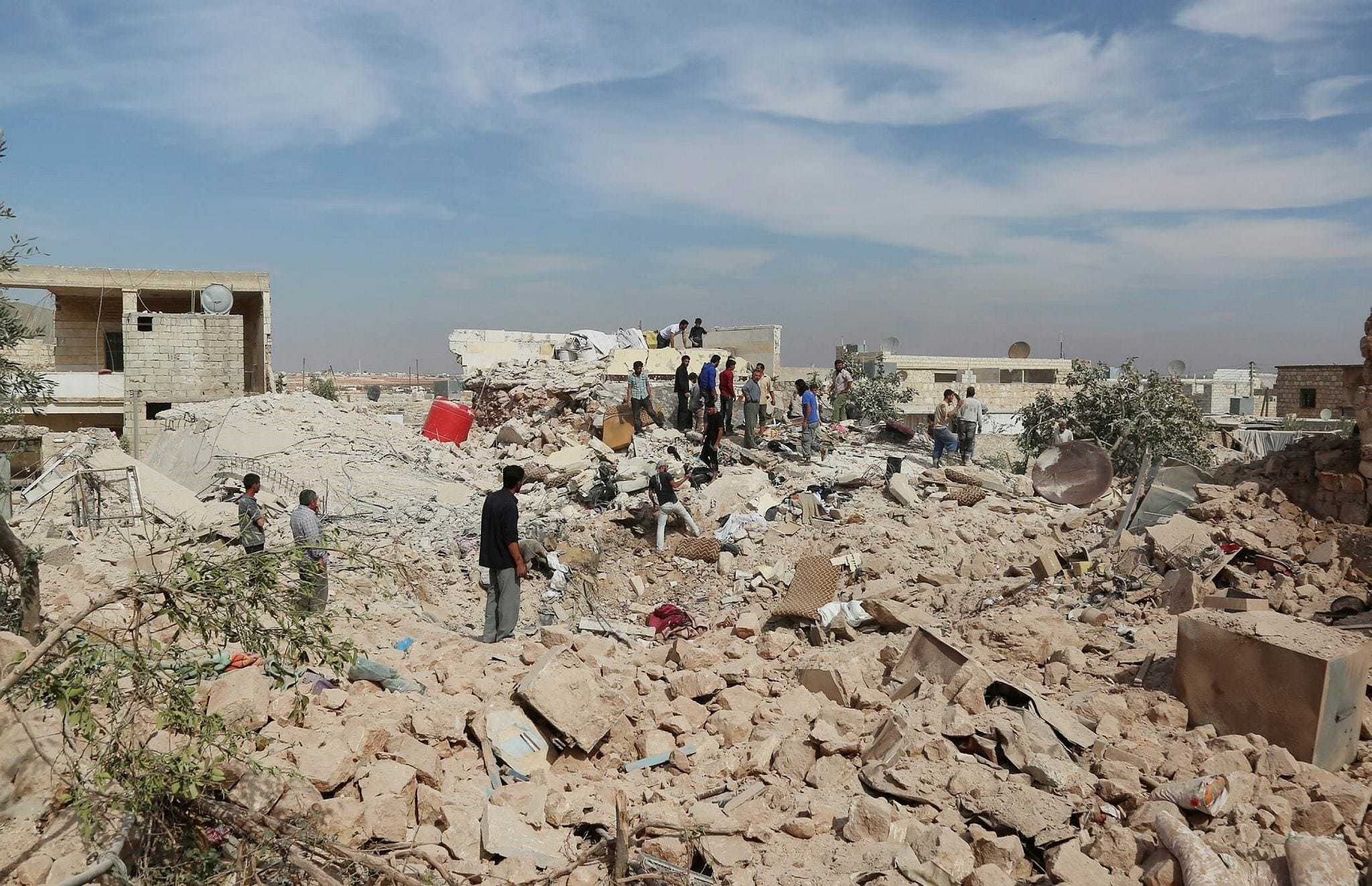 Syrians clear the debris to rescue people from the wreckage in opposition-controlled residential areas in Aleppo, Syria on Oct. 17.
by Compiled from Wire Services Oct 19, 2016 12:00 am

In a move to alleviate the humanitarian crisis in the embattled Syrian city of Aleppo, Russian and Assad warplanes ceased their airstrikes two days before a planned pause in bombing to allow for humanitarian access

Russian warplanes on Tuesday halted their airstrikes on Syria's besieged city of Aleppo in preparation for a temporary pause in the military push that Moscow has announced for later in the week, the Russian defense minister said. Both Russia-backed Assad's air raids on Aleppo were suspended on 10 a.m. Tuesday, Shoigu said. He described the suspension as a precursor for the opening of humanitarian corridors. Moscow on Monday announced a "humanitarian pause" between 8 a.m. and 4 p.m. Thursday to allow civilians and militants safe passage out of the city.

The move was welcomed by the United Nations and the European Union, which nevertheless said the cease-fire needed to be longer to allow the delivery of aid. The U.N. said Tuesday it was waiting for safety assurances from all sides before going in with "critical humanitarian assistance" for Aleppo's desperate population.

According to Defense Minister Sergei Shoigu, the halt in the strikes should help pave way for militants to leave the eastern opposition-held parts of the contested city. However, Syrian opposition groups said on Tuesday they rejected any withdrawal of fighters from Aleppo. Al-Farouk Abu Bakr, an Aleppo commander in the powerful opposition group Ahrar al-Sham, said the fighters would fight on. "When we took up arms at the start of the revolution to defend our abandoned people we promised God that we would not lay them down until the downfall of this criminal regime," he said, referring to Bashar Assad's regime.

Shoigu said Russia expected opposition fighters to leave via two corridors - Castello Road and Al-Khai Souq market - and that Assad troops would retreat to allow them to leave with their weapons. He called on the countries with influence over the opposition groups to convince them to "stop military action and abandon the city." Military officials from different countries will meet on Wednesday in Geneva to begin separating "terrorists" from the moderate opposition, he said.

Russia's decision to stop bombing the embattled Syrian city of Aleppo ahead of an eight-hour truce on Thursday is a "manifestation of goodwill," the Kremlin said. "This is an obvious continuation of Russian efforts, on the one hand, to fight terrorists in Syria, and on the other, to unblock the situation in Aleppo," Kremlin spokesman Dmitry Peskov told reporters on Tuesday. "It is exclusively a manifestation of goodwill by the Russian military."

Aleppo, Syria's largest city and once its commercial hub, has been subjected to the most intense aerial bombardment since the start of the Middle Eastern country's conflict in 2011. In recent months, Assad's troops have pressed its offensive into the opposition-held eastern part of the city. Air raids have killed hundreds and caused international outrage. A Russia-U.S.-brokered cease-fire collapsed last month as the Syrian army launched an offensive on eastern Aleppo under the cover of Russian warplanes.

Russia's announcement did not include any promises of an extended cease-fire or local administration in and around Aleppo. U.S. State Department spokesman Mark Toner, speaking to reporters in Washington on Monday, said the Russia-led humanitarian pause planned on Thursday was "a bit too little, too late."
RELATED TOPICS