Russia rules out renewal of Aleppo truce amid intensified attacks 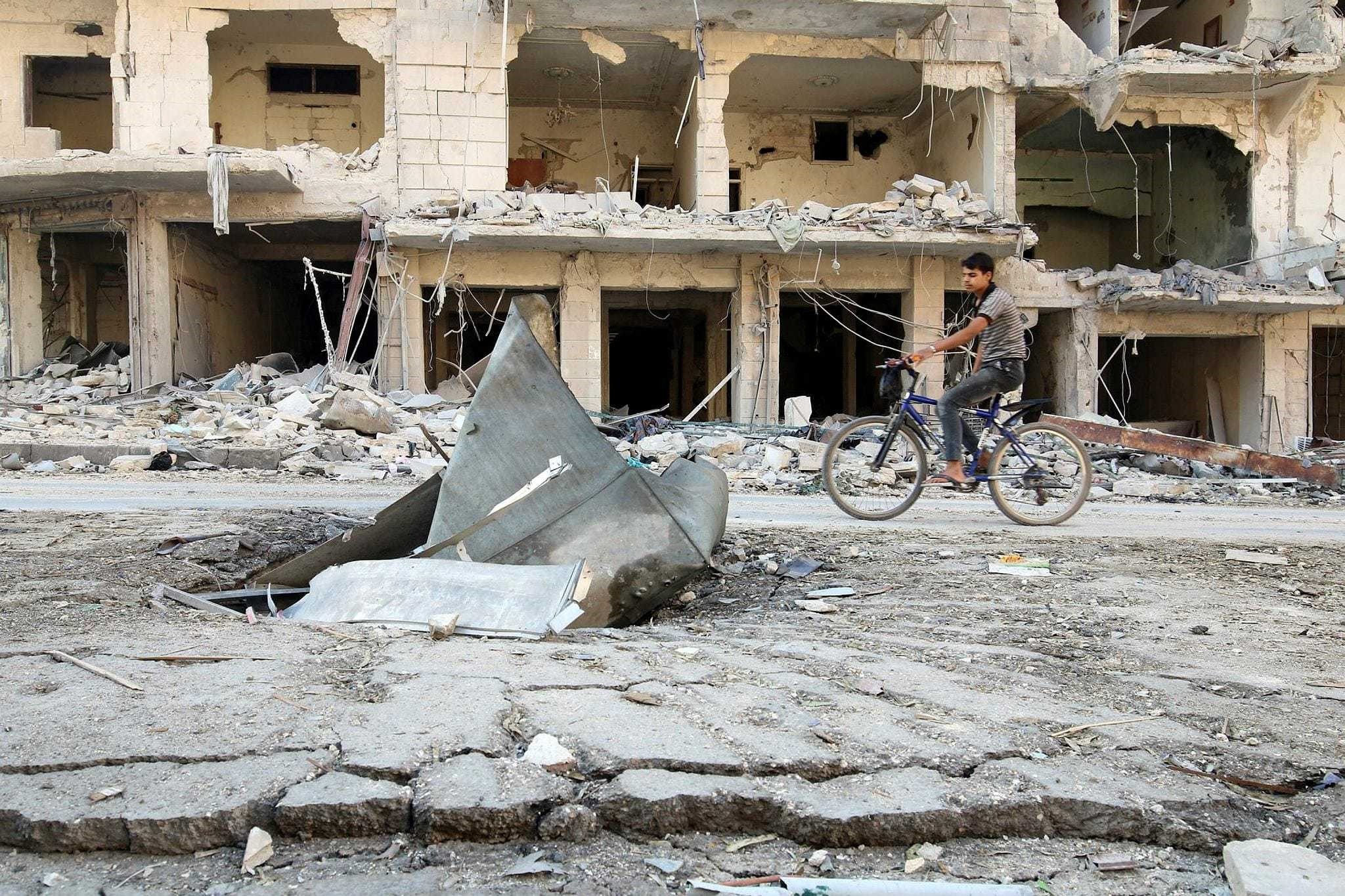 A man rides a bicycle near damaged ground in the opposition-held besieged al-Sukkari neighborhood of Aleppo, Syria, Oct. 19.
by Compiled from Wire Services Oct 25, 2016 12:00 am

Russia, blaming failures by the US-led coalition and meagre hopes for diplomacy, on Monday ruled out early moves to renew its ceasefire in Aleppo after a brief truce ended at the weekend. "The question of renewing the humanitarian pause is not relevant now," deputy foreign minister Sergei Ryabkov told Interfax news agency, in Moscow's first official comment on why it did not extend the ceasefire further.

Heavy fighting resumed in the devastated Syrian city on Saturday after Russia ended its three-day cessation of hostilities. The unilateral ceasefire ended without any evacuations by the UN, which had hoped to bring wounded civilians out of the opposition-held east and deliver aid after weeks of Bashar al-Assad bombardment and a three-month siege.

In order to renew the ceasefire, "our opponents must ensure appropriate behavior by the anti-[Assad] groups that in particular sabotaged the medical evacuation that was intended during the humanitarian pause," Ryabkov said.

Ryabkov also said that he did not see the "conditions" for ministerial-level negotiations on Syria before the US elections on November 8, after a Lausanne meeting on October 15 that ended with no breakthrough. "It's almost no time until the US elections. To be honest, I don't see the conditions for a ministerial meeting," he said, insisting that Assad regime and Moscow were fulfilling international agreements.

The Kremlin had hailed the humanitarian ceasefire as a "manifestation of goodwill" as it faced mounting criticism over its bombing of opposition-held eastern Aleppo in support of a brutal regime offensive on the city. But Kremlin spokesman Dmitry Peskov on Monday questioned the viability of humanitarian pauses under current conditions in comments to journalists.

As fighting resumes over the weekend, the Assad forces and their allies captured a high point in the city of Aleppo, the reports stated on Monday. The SANA news agency said that the Assad troops took the hilltop of Bazo on the southern edge of Aleppo, near military bases. The Britain-based Syrian Observatory for Human Rights said Bazo was taken amid heavy bombardment. The Observatory and the Aleppo Media Center, an activist collective, say that Assad forces shelled the eastern, opposition-held neighborhoods of Aleppo.

Moscow had extended the unilateral "humanitarian pause" into a third day until 1600 GMT Saturday but announced no further renewal, as fierce fighting broke in several areas along the front line dividing the city, the Syrian Observatory for Human Rights reported.

More than 2,000 civilians have been wounded since the Assad forces launched its offensive to drive the rebels out of the eastern districts they have held since 2012. Nearly 500 people have been killed.
RELATED TOPICS