US campaign against Daesh in Raqqa not that far off, says Secretary of Defense Carter 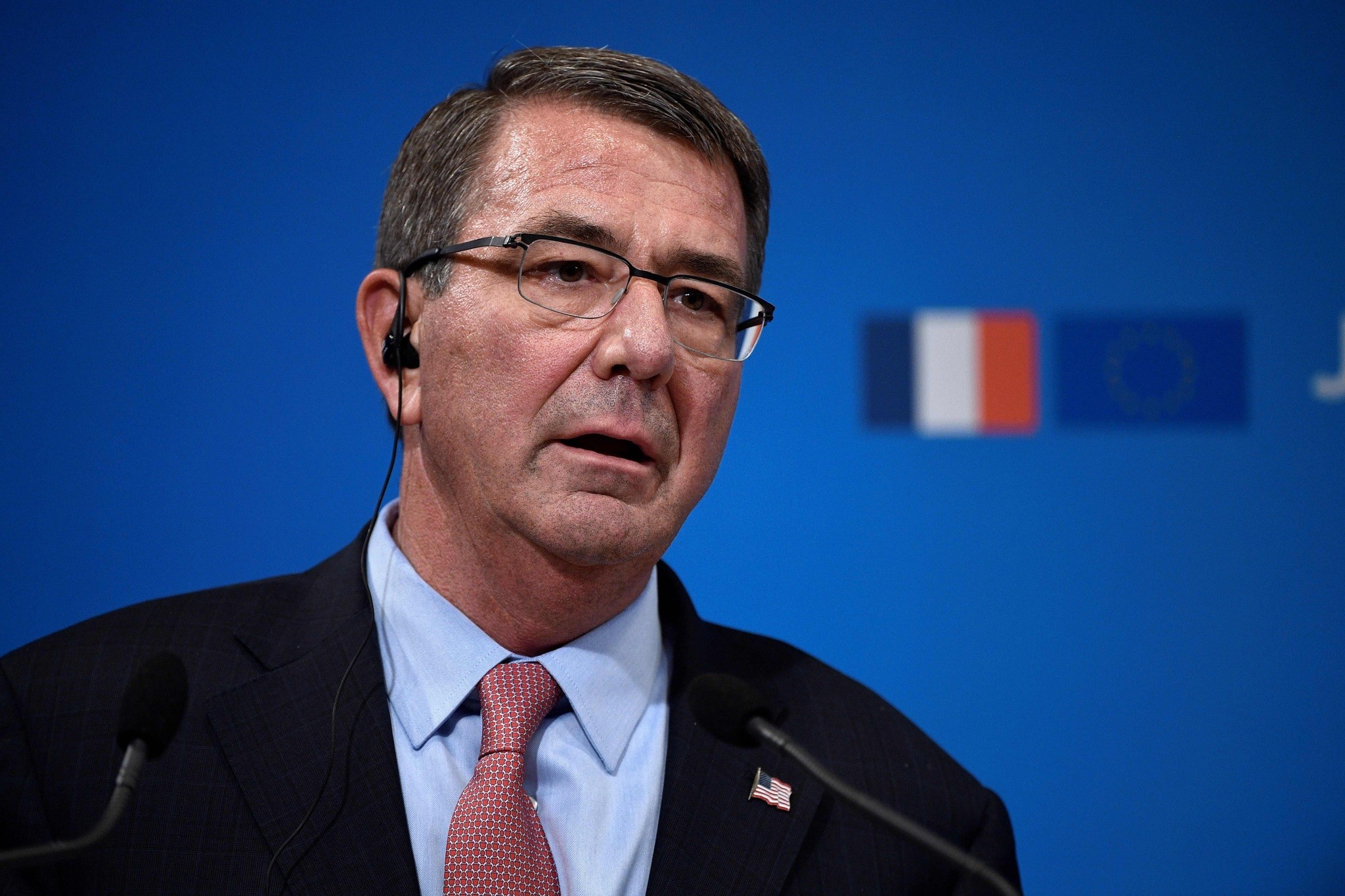 US Secretary of Defense Ashton Carter speaks as French Defence Minister listens on during a joint press conference following a meeting with ministers from 12 other countries on October 25, 2016 in Paris. (AFP Photo)
by Oct 25, 2016 12:00 am

The United States expects the campaigns against Daesh in Mosul and Raqqa to overlap, U.S. Defense Secretary Ash Carter said on Tuesday, signaling that a push to start isolating the group's de facto capital in Syria may not be very far off.

Iraqi forces are already nine days into their U.S.-backed campaign to take the city of Mosul from Daesh, fighting their way toward the city's outer limits in what could become the biggest military operation in Iraq in over a decade.

The campaign itself could last weeks or even months, allowing some leeway in timing.

"Yes, there will be overlap and that's part of our plan and we are prepared for that," Carter told a news conference in Paris after a gathering of 13 countries in the U.S.-led coalition fighting Daesh.

He did not offer further specifics, but his words suggested that military moves against Daesh's stronghold in Syria might not be far off.

French President Francois Hollande, addressing the meeting of defense ministers, warned the coalition needed to watch out for flows of Daesh fighters from one besieged city to another.

"In these columns of people leaving Mosul will be hiding terrorists who will try to go further, to Raqqa in particular," Hollande said, calling for greater intelligence sharing to identify them.

Hollande also warned that the offensive on Mosul could trigger an outflow of foreign fighters - a concern for European nations wary of attacks at home by returning Daesh militants from Iraq and Syria.

"We must also be very vigilant towards the return of foreign fighters," Hollande said.

The gathering came just weeks before the first anniversary of attacks in Paris last Nov. 13 by Daesh that killed 130 people. It was followed by other high-profile incidents in the United States and Europe inspired or perpetrated by the group.

Speaking on Sunday in Iraq, the top American commander of the U.S.-led coalition, Army Lieutenant General Stephen Townsend, said the United States had already sowed "a lot of confusion" in the Daesh's fighters in Mosul by targeting mid-tier leaders.

Carter on Tuesday said more than 35 Daesh commanders were targeted by the coalition in the past 90 days, including many of the top leaders.